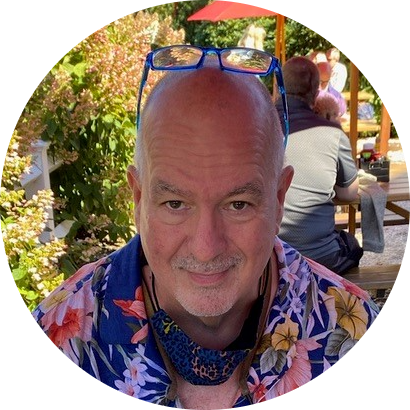 The world lost some flavor on July 6, 2022, when Jon Jeffrey Hollenback, 65, succumbed to cancer at OSU University Hospital hospice. The well-known restauranteur and entrepreneur was also a beloved son, brother, husband, father, friend, mentor and force of nature. Born on March 7, 1957, the oldest of Donal and Sally (Young) Hollenback’s three children, Jeff inherited his love of nature and parks from his grandfather Rand Hollenback: Hollenback Drive is one entry to the Park of Roses, and the family farm in Delaware County is now part of Shale Hollow Park. His first job was working at his grandfather’s paper, the Clintonville Booster. After Whetstone High School, Jeff graduated from the Culinary Institute of America in Hyde Park, NY. After stints at restaurants in New York City and Miami and at the Grand Canyon, Jeff returned to Columbus, where in yet another kitchen he met Peggy Jones. Soon they were catering their own wedding rehearsal and reception. Their son, Maxwell Kurt, was named after Grandfather Max Young and his favorite hunting dog. Max echoes his dad’s love of the great outdoors and adventure. Jeff’s career included Max and Erma’s Restaurants (Director of Food and Beverage), the 55 Restaurant Group (Corporate Executive Chef—Vice President) and Glory Foods/McCall Farms (Director of Research and Development). He then made the leap from collards to cannabis to co-found the medical marijuana company BeneLeaves with Peg in 2017. He could make anything happen, from a dinner party, to a restaurant redesign, to increased efficiency of a sweet potato canning line — as long as he didn’t run out of yellow legal pads. But his greatest legacy was as a mentor for countless people in the food industry and beyond. In early 2022, he was blindsided by cancer. If tenacity, zest for life and just outright stubbornness was enough, Jeff would have slayed cancer. But he leaves with no regrets. He was the perfect host to the end — which included putting the hospitality in hospice. He was predeceased by his parents and his sister Beth. Peg, Max and German shepherd Jack survive him, as well as sister-in-law Cindy Silcott and husband Gary, brother Dan and a legion of friends and mentees. Friends and family are invited to celebrate his life on Thurs., July 28, from 4 to 8 p.m., at the Boat House at Confluence Park, 679 W. Spring St., Columbus. Jeff was a very proud member of The Ohio State University’s Food Industries Center board. In lieu of flowers, please consider a donation in Jeff’s memory to The Ohio State University's Food Industries Center online at https://go.osu.edu/jeffhollenback or by check, made payable to The Ohio State University, with a memo of "Gift in Memory of Jeff Hollenback, Fund No. GF310369," mailed to: The Ohio State University, P.O. Box 710811, Columbus, OH 43271.

The Boat House at Confluence Park