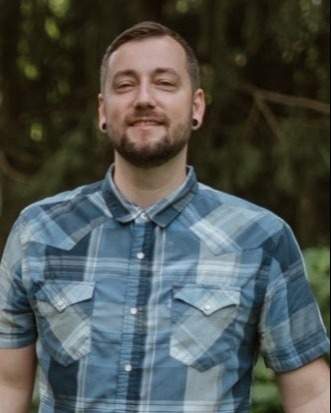 Joshua Lee Lynch, 35, went to be with the Lord on Sunday, November 6, 2022. He is survived by his wife, Jessica (Strack) Lynch; his children, Atticus, Adalynn, and Avery; his parents, Patricia (Zoomer) Dickerson and Timothy Lynch; his siblings, Patrick (Deena) Tippie, Christina (Cole) Baker, and Amanda (Roger)Kern; his nephew Anthony Adams and many other nieces and nephews; four step brothers; his cousins; and his grandmother Ida Lynch. He was predeceased by his maternal grandparents, Joyce and Walter Long Jr., and his paternal grandfather, Timothy J Lynch Sr.

It’s impossible to fully capture who Josh was with just words, but you can catch glimpses of him in the lives of the many people he impacted. He loved fiercely and never gave up on a friendship. Lifeline of Ohio said that he had one of the strongest hearts they’d ever seen, which makes perfect sense considering how many lives he touched, including the five lives he was able to save as an organ donor.

Josh loved having fun with people, from shooting guns to having the guys over for beer pong and arm-wrestling matches, to sitting around a fire smoking a pipe and drinking whiskey. Through all of it you could almost guarantee that he’d have some bluegrass or country music playing on his phone. There were daily wrestling matches between him, the kids, and the dog. Screams of laughter filled the house, especially at bedtime, as he would tickle them incessantly and throw them around on the bed.

He loved reading, bought every Stephen King book written, and had finally started The Stormlight Archive. If he didn’t have music playing on his phone then he was listening to a podcast, news show, or bible teaching while working, painting miniature figurines, or washing the dishes. He always dressed to impress and smelled amazing, no matter if he was going to the gas station or to a wedding.

Josh asked the difficult questions in life and wasn’t afraid of doing the hard work to find the answer. He would spend hours a day listening to different sides of an argument, reading articles and commentaries, and doing his own praying and pondering. Sometimes he didn’t like the conclusions he came to, but knew that truth wasn’t based on what he wanted to believe or how he felt. He loved talking with people about whatever topic was currently on his mind and could easily be drawn into deep theological conversations or political debates. He didn’t hesitate in expressing his opinions, and even if you didn’t agree with those opinions you could trust that he had spent weeks or even months studying the topic and coming to his conclusion. But he never held it against someone if they disagreed with him because no opinion was worth more than the relationship.

The most important relationship in Josh’s life was the one he had with God through Jesus Christ. After several of his teenage years were spent doing drugs and partying with friends, he began to realize that nothing this world had to offer would ever satisfy the emptiness he felt. He quit doing drugs and soon after made some friends that brought him around to church where he learned that salvation and true purpose came from a relationship with God. In recognizing his need for forgiveness and accepting Christ’s death on the cross as payment for his sins, Josh started that relationship and never looked back. It was through his church community that he met his wife, ministered to kids just like him, and grew into the amazing man, husband, and father that we all know and love. And if there was one thing that Josh would want you to know, it’s that you too can find fulfillment in a relationship with God through Christ and that no one is too far gone to be healed by His mercy and grace.

Now he is sitting in heaven, smoking the best cigar, a glass of the best whiskey in his hand, and getting all the answers straight from Jesus!

In lieu of flowers please send donations to support Jessica and the kids.