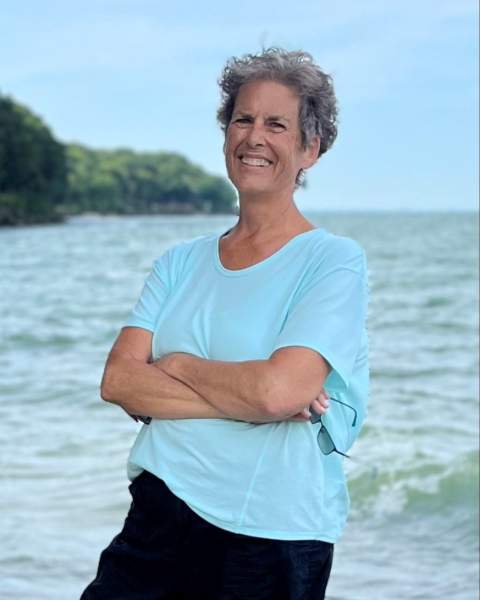 A beautiful soul who lived up to her name, Joy Elaine Weygandt, 66, of Columbus, Ohio went home to be with her Lord on her birthday September 12, 2022. She fought a courageous fight against cancer and is now healed. Joy was born September 12, 1956 at her home on the farm at Long Lake to Harold and Marilyn (Keener) Weygandt. She was a 1974 graduate of Northwestern High School, followed by earning a degree from Massillon City Hospital School of Nursing.  In later years, she obtained a Bachelor's of Science degree in Nursing. Joy enjoyed a well-rounded career working in hospitals around the country (including her favorite places Alaska and Hawaii). She also worked in home health care and in health care administration. She retired as a nursing home inspector for the State of Ohio.

Joy's strong faith led her to Just North Congregational UCC where she had assumed different leadership roles, was very active with the choir, the bell choir, the band and with various service projects such as the produce market. Joy was independent, generous, thoughtful, kind and an adventurous traveler who looked forward to her annual trip to the Outer Banks. She lived a life of integrity and was very accepting of all. Joy was quick to laugh and cared deeply for others. One could see and feel who Joy was through her love of gardening, cooking, baking, sewing, quilting and crafting. She enjoyed attending her niece’s and nephew’s sporting events along with watching the Buckeyes, Indians, Browns and Cavs.

The family would like to thank Joy’s many special friends who supported and loved her, along with her oncologist Dr. Roychowdry. In lieu of flowers please consider donating to your local Humane Society or Rescue Dog Organization.

Calling hours will be Friday September 16, 2022 from 4:00-6:00pm with the funeral at 6:00pm. A light dinner reception will immediately follow the service.

On Sunday, October 30, 2022 another service will take place back home in Wayne County. Details on this are still TBD.  Joy will be interred at Mohican Brethren Church Cemetery in West Salem, Ohio.

To order memorial trees or send flowers to the family in memory of Joy Elaine Weygandt, please visit our flower store.