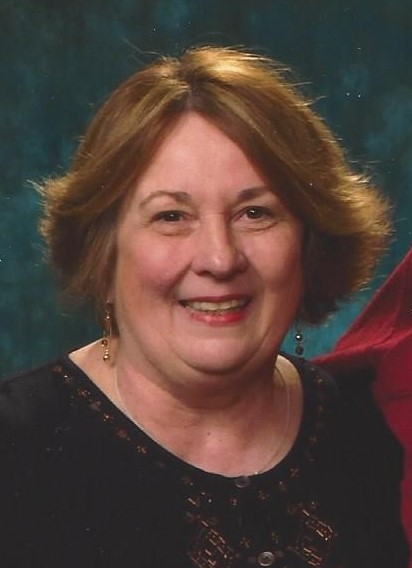 Karen Mae Eckelbarger of Westerville, Ohio went home to be with our Lord and Savior Jesus Christ on Tuesday November 24th, 2020 at the age of 74.  She passed peacefully in the comfort of her own home after courageously fighting a brain tumor. Karen was born on March 25th, 1946 in Butler, PA to her loving parents Carl A. and Mae Stoltenberg. She grew up in Emlenton, PA with her older brother Carl F. Stoltenberg.


Karen often told her kids and grandkids the wonderful stories about her childhood. Many of which included her family and pets such as her brother Carl riding his horses in competitions, about her favorite pony "Fanny", and about riding horses or running around and playing on the 90 acres they owned.
Karen met her high school sweetheart and husband Earl Eckelbarger at Allegheny Clarion Valley high school.   They were married on December 20, 1969,  and Lived in Pittsburgh, Pa.  They later moved to Philadelphia, Pa. where Karen worked for Townson, Elliot & Munson law firm.  While there they welcomed their first child E. Douglas on July 4th, 1974.  They moved to Columbus, Ohio and welcomed their 2nd child, Bradley C. on April 19, 1978.  Shortly after, they moved to Westerville in 1979 where they welcomed their third child, Jeffrey E. on January 1, 1980.

Karen graduated from Otterbein College in 1993 while also working at the school full time as Administrative Assistant to the Associate Academic Dean.   She was later promoted to Associate Assistant to the Registrar. Though her goal was to be a 1st grade teacher, she loved the opportunities to work with college aged students.  She was always active with the college, working with Staff Council on many projects and as an advisor to Sigma Alpha Tau sorority as well as many other things.  She also ran her own house cleaning business as a second job and to help support her family of three growing boys and their friends. In fact, she never missed an opportunity to share her love with everyone she met.

When you met Karen you either knew the Lord or she introduced you.  She always found a way to make things work!  If money was tight she would clean houses.  If Christmas was tight she would make Peanut Clusters and porch decorations with her incredibly gifted artistic abilities.  Karen would even make her boys clothes that often looked like the real thing and became a pro at patching up jeans with patches.  Finding second hand clothes and or hand me downs so her boys could look good with the latest trend.  The boys would often brag to her about their amazement in her ability to go to the cupboard and with dust and water create a 5 coarse meal.  Also her grandchildren loved her breakfasts, especially her “Awful Waffles” consisting of a waffle with whipped cream, chocolate syrup and plenty of candy sprinkles. We might have grown up tight on money but we never knew it.   Life was about friendships!  Most High School years 88-2000 you would often find a few students if not more at the Eckelbarger household.  The house was always open to post football game pizza, dawgs and more.  Karen and Earl had a very unique way of sharing what they had in such rich ways!  It didn’t matter if it was hosting missionaries to live at the house or to provide an affordable “early-start” to Otterbein students that needed an extra boost to be accepted into college. Karen worked hard to provide for her family and one of her greatest accomplishments was even though she graduated college a second time around in 92, her 3 boys could attend college for free as part of her employment.  She sacrificed leaving college to provide them an opportunity greater than what she had.   She didn’t complain but always said that God has a plan!  Karen had an incredible sense of humor with a laugh that was addicting!  She had a lot of friends but in particular when the “girls” would get together hysterical belly laughs would ensue.  Karen had a way to genuinely make you feel loved and supported!  You can see the humor and strong love she taught her family being echoed through her husband, boys and grandchildren.  She was always so proud and made you feel so accomplished.  Which in turn made you want to reach higher knowing she was there to catch you if you fell and encourage you to reach again. She would give in a truly unconditional way often teaching her boys that it wasn’t about giving to make ourselves feel better but to truly meet a need.  She would give you her last dollar if she felt like you needed it and then bless you multiple times in the future.  She did this so many times that the phrase was coined when someone felt awkward about taking something or refusing, her response was always “Now don’t rob me of a blessing!”  We wish we had many more years with Karen but are very thankful for the years we did have!

Karen was always active in the community and especially through Church and her sons' various sports events. She started many programs and traditions that still exist such as Keep After Prom Safe (aka KAPS), team dinners for each of her sons' high school football teams all through the 90s.  She participated in many activities through Church and was even given the opportunity to teach first graders at Genoa Baptist School. She also helped the "Top Of The Hill" program at Genoa Church. "TOTH" is a monthly opportunity for those who are older than 50 to gather for each month for a pot “blessing” dinner and go on a day trip somewhere in Ohio, and enjoy time and fellowship with each other.  She loved to organize yearly family re-unions we referred to as cousins weekends. She even wrote an amazing family cookbook that includes recipes from a very large family tree spanning many generations. She always had a creative craft or activity for her nine grandchildren whom she loved more than anything. There are too many things to list that she was involved with or created, but she did these things without expecting anything in return and with an enormous amount of love. She never missed an opportunity to witness for The Lord, especially throughout her fight with cancer.  She loved The Lord and wanted everyone she met to love Him as well.

To order memorial trees or send flowers to the family in memory of Karen Eckelbarger, please visit our flower store.