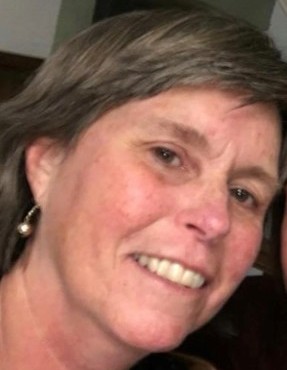 Karen Sue Miller, age 65 of Dublin, Ohio passed peacefully at home surrounded by her family after a three and half year battle with Kidney Cancer.

Karen was born May 27, 1955 in Columbus, Ohio to Robert and Betty McGlone. She grew up in Upper Arlington, Ohio with her five sisters. She attended Wickliffe, Fishinger, and Burbank Elementary Schools due to moves in her younger years and then went on to attend Hastings Middle School and Upper Arlington High School graduating in 1973. Karen was very independent, even graduating early, and set off on her own at the age of 17. She worked as a Telephone Operator at Ohio Bell and worked there until 1979. In that time she was in a folk band with two high school friends called Bandana, in which she sang and played the flute. She met her husband, Jerry, on Valentines Day in 1976 at a party, and they were married just eight months later on October 9th with a reception at her parents house in Upper Arlington. Jerry and Karen lived on Northwood Ave on the Ohio State Campus after their marriage until they moved to Pataskala in 1977, where all three of their children were born. They then moved to Dublin, Ohio in 1985 to the house they were still living in where she passed on to meet her Savior. In 1978, her sister Susan led her into meeting the Lord, which began her extraordinary relationship with Jesus. Once Jerry and Karen began having their children in 1979, Karen was able to stay home with all of her children, and she was such a devoted, loving, and fierce protector of them all. She was involved in all three of her children’s lives as a Troop Leader for Cub Scouts, Daisy Scouts, and Brownies. Once the kids started school at Riverside Elementary, she volunteered for PTO, was a head Crossing Guard, was instrumental in creating a school store for all of the students at the elementary school, and volunteered for endless classroom activities. The family joined Upper Arlington Lutheran Church around 1988. At the church, Karen taught Ministry classes and Sunday School, was involved in small groups, she developed the Prayer Team, and joined the family in the musical called Tetelestai for several years. She loved to Worship her Lord and had an infectious and inviting way in doing so. Karen and Jerry played recreational volleyball for many years, enjoyed get-togethers with their friends and families, and spent their extra time making memories with their children. Karen loved to crochet blankets, prayer shawls, and scarves for her family and friends, was an avid reader, especially of God’s word, enjoyed coloring books, and was known for her joy-filled greeting cards adorned with hearts and stickers. She loved to travel to the beach, mountains, different cities, and especially loved her time with family and friends at the family cabin in Hide-A-Way Hills. Most of all she loved Jesus with a fierce devotion that was felt by all who knew and met her. Karen embodied Christ’s love and she was led by Him through her entire adult life. She exhibited so much grace, love, and joy because of her steadfast relationship with the Lord. Her Savior carried her through the calm and the storms of life and her faith never wavered, even through the struggles she went through in the last four years of her life in her battle with an unrelenting cancer. Her faith and love for her Savior, Jesus Christ, was truly remarkable and something to behold. Her family is rejoicing that she is finally Home, pain free, dancing with Jesus!

Karen will be immensely missed and is survived by her husband of 43 years Jerry Miller, son Russell (Laura) Miller, daughter Sarah (Benjamin) Eichsteadt, son Eric Miller, and her four grandchildren Olivia, Violet, Jonah, and Avery. She is also survived by her five sisters, Shirley McGlone, Patricia McGlone, Kathy McGlone, Susan (Ken) Armbrust, and Mary Myklebust, as well as her brothers and sisters in law, Steve and Cindy Miller, Bruce and Beth(Everson) Miller, and Lori and Phil Urban, Father in Law Merle Miller and 18 nieces and nephews, as well as countless friends she considered family.

Karen was preceded in death by her parents Robert McGlone (September, 2009), Betty McGlone (February, 2018) and her Mother in Law Virginia Miller (February, 2020).

In Lieu of flowers, the family is asking for donations in Karen’s name to either Pregnancy Decision Health Centers or to the care of Upper Arlington Lutheran Church: Alpha Ministries at Ohio Reformatory for Women (ORW).

A livestream of the Karen's memorial service will be viewable at the following internet link; https://livestream.com/shaw-davis/karenmiller

To order memorial trees or send flowers to the family in memory of Karen Miller, please visit our flower store.