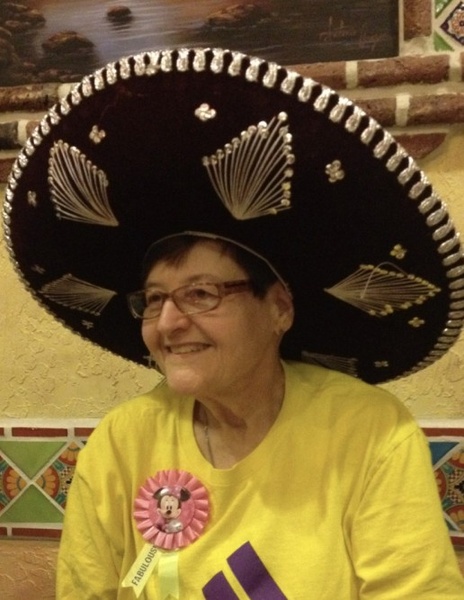 Kay was born the third child in Marion, Ohio, being 9 months old, her and her older brother Mike were adopted together to a couple and relocated to Illinois. Both Kay and Mike did not remember or know of any of their siblings until Kay was age 22 even though she knew of her adoption at age 9. At age 11 Kay went to an all girls boarding school in Illinois and remained there until she was 17. She had graduated at age 16 and then at 17 went out on her own and went to work at nursery schools and fell in love with the children and developed a desire to give them a better life. She returned to college and then to the same boarding school teaching and working with troubled girls.

At age 22, Kay got a call from Cheryl who Kay learned was her sister and was given her birth story. Mike and Kay agreed to meet the middle sister they did not know and then eventually met their birth mother and half siblings. Kay eventually moved to Columbus, Ohio to be close to her sister Cheryl. Kay worked for Franklin County MRDD in group homes working with the most needy and training others. She became an advocate for the most forgotten part of society.

Feeling homesick for the Chicago area, Kay eventually moved back closer to the area in Kenosha, Wisconsin with her lifelong friend Betsy. Kay remained there for years working in the area until her health began to decline and decided she wanted to move to Lumberton, North Carolina to be with her sister Trudy Locklear. Kay and Trudy did everything together there in Lumberton including weekly trips to their favorite spots such as Sweet Frogs and Jason’s Deli. They both spent their time playing jokes on each other and crocheting. As Kay’s health started to decline she looked to get better health care and decided to move back to Columbus, Ohio to live with her niece Jenni Shuford. There Kay was thriving, getting the healthcare she was looking for, began working again and eventually saved enough to get back out on her own as she was a very independent person. Living in her senior housing complex allowed her to gain many new friends. Kay was a member of Sharon Woods Baptist Church and enjoyed being there when she was able to be.

Kay was truly a kid at heart and enjoyed being around family and friends. She loved anything Miss Piggy or even pig related, anything Disney and a crazy love for Olaf. In honor of her we ask that for her memorial service to please wear something Disney related because we all know that she would not want us to get all dressed up.

To order memorial trees or send flowers to the family in memory of Kay(Emily) Vorreyer, please visit our flower store.