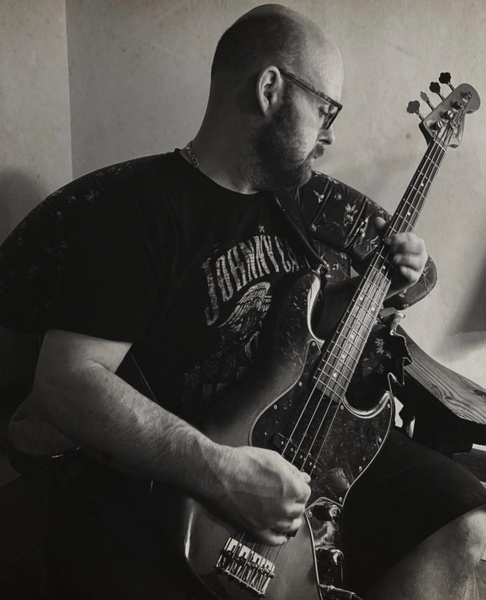 Lewis Bryant passed away from covid on January 15th at OSU Medical Center. He was born January 22nd 1979 in West Virgina to Ray and Kathleen (Hill) Bryant. He moved to Ohio in then 1990’s and attended the Mapleton School district. In 1999 he married Jessica Pryor and they moved to Germany where he was stationed in the Army. They had their son Lewis the 2nd shortly after.

He loved music and playing music. He was the bass player in a few different local bands. He loved to read nonfiction books like Bill Bryson and Hunter S. Thompson. He would write poetry, draw, and compose songs when he got the chance. He had a comic book and coin collection. He loved to celebrate the Feast of Alvis with his son. He was fond of animals. He loved and missed his dogs Bubbi and Mae when they passed a few years ago. He even had a soft spot for cats. Owning at one time four. A favorite past times was watching scary movies or watching paranormal YouTube videos. For a short time, he was even a member of a ghost hunting club. One of his goals in life was to hike the Appalachian Trail.

He was preceded in death by his father Ray Bryant, his grandma Marge Johnson, and his mother Kathleen (Hill) Bryant.

He is survived by his brother Billy Bryant, his sister Robin Hill, his Ohio family, his West Virginia family, his son Lewis Keith Bryant the 2nd, his fiancé Ashlie Cover, daughter Kathleen, and unborn son Liam.

We will have a celebration of life in the spring and one down in West Virginia.

To order memorial trees or send flowers to the family in memory of Lewis Bryant, please visit our flower store.