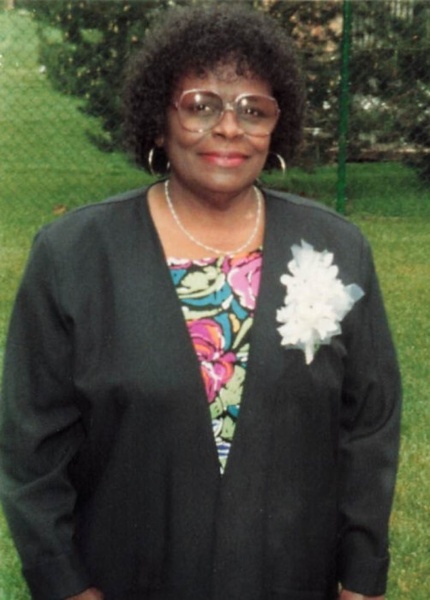 Mrs. Lucille Reed was born on October 10th, 1929, to the late Mr. and Mrs. Isaiah Davis in Philadelphia, Pa. She departed this life peacefully in her sleep at her residence on Friday, August 20th, 2021, in Columbus, Ohio.

Lucille accepted Christ and was a member of Wayland Temple Baptist Church in Philadelphia, PA. She was educated in the Philadelphia Public Schools and later graduated from Germantown High School class of 1948. Lucille was united in marriage to the late Mr. Elijah E. “Louis” Reed on August 15, 1954, in Columbus, Ohio. They were blessed with two children and Lucille even made it to see her great-grandson. Lucille and her husband lived a wonderful life together.

Lucille was retired from The Ohio State University Hospitals as a stores clerk with over thirty years of service. Lucille was a devoted and loving wife, mother, grandmother, and great-grandmother. Lucille is proceeded in death by her late husband Elijah E Reed. Her parents Mr. and Mrs. Isaiah Davis. Her sisters Vivian and Elaine. Her brothers Jimmy, John, and Norman. As well as various family and friends who are no longer with us. Lucille is survived by her loving and caring daughter, Judylynn Reed. Her devoted and loving son who also served as the primary caregiver for her, Daryl A Reed Sr. Daughter-in-law Angela Reed. Her grandson and late-night phone calling confidant Anthony Crawford along with her other numerous grandchildren and newly welcomed into the world great-grandson Elijah Crawford. Her numerous nephews, nieces, and cousins. Numerous other grandchildren and great-grandchildren as well as other family and friends.

To order memorial trees or send flowers to the family in memory of Lucille Reed, please visit our flower store.