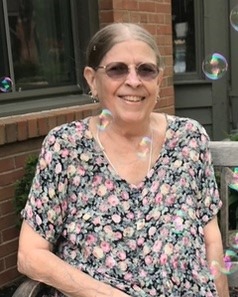 Margaret Ann (Snivley) Remy passed away October 4, 2022 at Riverside Methodist Hospital in Columbus, Ohio at 76 years of age after a brief illness.

Margaret was born in Hempstead, NY on May 18, 1946. She grew up and lived most of her life in Columbus, Ohio.  Always a passionate advocate of helping those in need, Margaret was bestowed a degree in Nursing from CTI and began her career as a Registered Nurse at St. Anthony’s Hospital.

Raised as a Catholic, in the mid-1970s Margaret embraced a reformed lifestyle – some might’ve called her a Hippie.

She later joined and became an active member of a Unity Church congregation. Her advocacy led her to a life of volunteering for causes dear to her heart, including homelessness (serving meals at soup kitchens) and LGBTQ+ rights (as a frequent volunteer at Columbus-area Pride events). Her passion to help led her from advocacy to activism, and she was a frequent participant in protests and marches for causes including homelessness, anti-war & anti-nuclear weapons, LGBTQ+ and anti-racism, including proudly being arrested for her participation.

Margaret was survived by her husband, Michael W. Remy, who unexpectedly & unfortunately also passed away shortly after her death, on October 13, 2022.