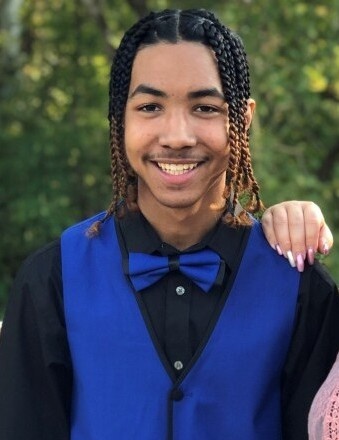 Marshawn Maurice Davis was born February 4, 2004 in Columbus, Ohio to Veronica K. To and Greg M. Davis where he resided with close knit family.

Marshawn enjoyed socializing with friends, sports, and gaming, but his absolute love was spending time with his family.  Even when they were not physically together, Marshawn and his family stayed in close contact via FaceTime, voice calls, and messaging.

There was never a day that passed where they did not hear from one another.  He always maintained positivity and had a gravitational personality along with a calm demeanor while being the life at every social gathering to those near to his heart.

Upon completion of schooling, Marshawn intended on obtaining his Commercial Driver’s License (CDL) and becoming a commercial conveyer in hopes of traveling the states.

On Friday February 18, 2022, Marshawn prematurely departed from us during the course of unfathomable events, but his smile and spirit will forever live in our hearts.  Marshawn is survived by his father, Greg M. Davis; his mother, Veronica K. To; his brother, Aasir Davis, and his three sisters; Angelic K. Wise, Kanyla R. Davis, and Ta’shayla J. Davis.

To order memorial trees or send flowers to the family in memory of Marshawn Davis, please visit our flower store.