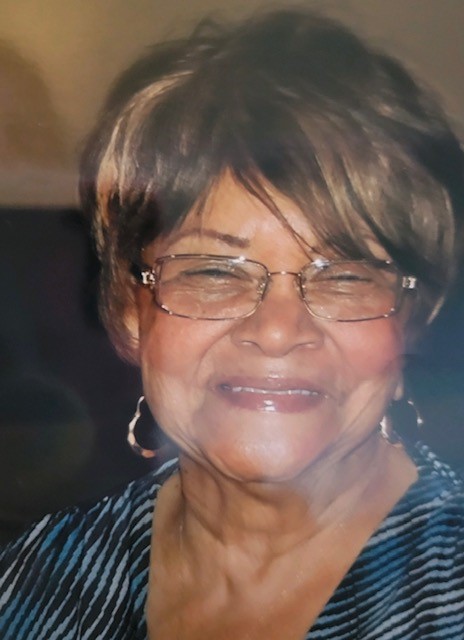 Hand delivered by a local florist

Mary Louise (Malone) Norton was born July 9, 1932, to Frank and Metter Jane (Davis) Malone in Athens, Alabama.  She was the second youngest of 7 children.  She passed away July 13, 2022, at the age of 90. At the age of 14, in the fall of 1946, her parents purchased a farm and moved their family to U.S. Hwy 41 in Rosedale, Indiana just north of Terre Haute. It was there that Mary honed her hard work ethic. She already knew what a strong, unified family looked like and how they supported one another.  So, it was no doubt that is how she would raise hers.

Mary met and married Edward D. Norton, October 11, 1952, and to that union, 5 beautiful children were born.  They moved their family to Columbus, OH in 1958.  They divorced in 1964. She was baptized as one of Jehovah’s Witnesses on October 13, 1974. Mary served Jehovah God loyally and faithfully for over 48 years.  She preached and taught the Good News of God’s Kingdom to her children and to many that would give her a listening ear.  She was a member of the Berwick Congregation of Jehovah’s Witnesses until her passing.

She was a hard worker and worked multiple jobs at a time to provide for her children and grandchildren.  Her first job in Columbus was at the Main Bowling Lanes, after that she cleaned offices for Dr. Joseph, she then went on to work for ECCO Family Health as a nutritionist, in that role she helped implement the W.I.C. (Women’s Infants & Children) program and helped many young parents with assistance and resources.

We never understood how she could work so many hours in the day, take care of her children, and not be weary, or at least not let us see it.  She did it all for US. Never would you hear her complaining.  She did it with grace and oh so much style!  She opened her home to many and provided them with a place to stay, good food to eat, and encouragement.

She loved cooking and her homemade pizza was a Saturday favorite, and that spicy dressing, oh my! On weekends she would cook a week’s worth of meals for her family, prepare her outfits and do ironing for the entire week. You could often find her sitting at the kitchen table on the weekend painting her nails with perfection. She loved movie nights with her family. She always had that listening ear, that shoulder to cry on and that golden wisdom that only comes from experience to share with you. One of her lasting and greatest legacies was that she named most of her grand and great-grandchildren uniquely! SHE LOVED HER FAMILY, and her love was unwavering and equal. Our Queen, our Buttercup, our LOVE. Her smile, laugh and some of her famous expressions will be sorely missed.

Mary was preceded in death by her parents; her beautiful daughter; Deborah Elaine Norton-Mason (Douglas) (Columbus, OH), her brothers; Albert and Leon Malone (Athens, AL), and her sisters; Rosa Lee Cain, Evella Clark, and Mable Hathecock (Terre Haute, IN), and her great-granddaughter; Shawn Madison Drake (Columbus, OH) as well as other loved ones.

Happy is the one who has the God of Jacob as his helper, Whose hope is in Jehovah his God