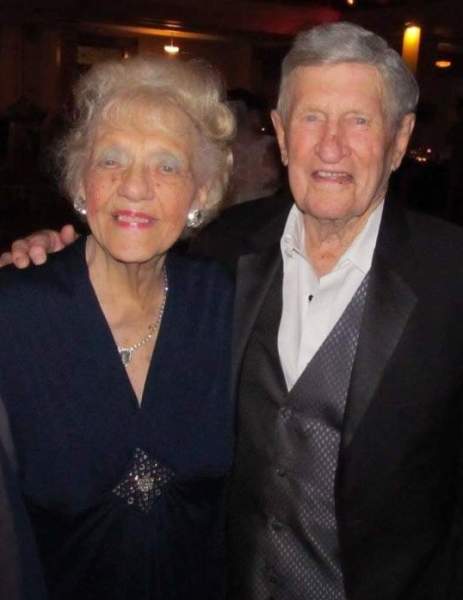 Mary Lillian Woodworth, born August 10, 1926, to Helen and Fritz Kreutz, passed away January 26, 2021.  Preceded in death by loving husband Jack, sister Helen (Paul) Gaulke, Gail Kreutz (sister-in-law), and sons Jack and Fred.  She is survived by brothers Fred and Donn Kreutz, Judy (daughter-in-law), granddaughters, great-grandchildren, and beloved nephews and nieces.  Her youth was spent mostly at Schiller Park playing baseball and ice skating.  She loved to swim and enjoyed her activities with the Luther League Group.  Lil worked at Mercy Hospital for several years after school and weekends.  After graduation from South High School (1944), she attended Columbus Business College.  She later worked at the Diehl Office Equipment Company.  During World War II, she wrote every week to 89 servicemen, which included her future husband. She entertained at service hospitals and USOs, which she was honored for in the WWII memorial book in Washington D.C.  She gave birth to two sons, Jack Michael and Fred William, whom she loved with all her heart.  Lil was a member of the Groveport Players Club where she would direct the plays and minstrel shows.  She was also a member of the Southeast Lions Auxiliary, Shrine Thea Court, and the Southside Merchants Association.  She was voted “Cook of the Year” by Stokely Van Camp.  Lil worked Main Lanes Bowling Alley for 30 years and oversaw the Special Olympic Program.  She spent many happy years singing with the Showboaters group, Vaud-Villities, and church choirs.

A Celebration of Life with be held at the Pickerington Nazarene Church, 11775 Pickerington Rd, Pickerington, Ohio 43147.  On January 29th, family will receive family and friends in a socially distanced service at 7pm.

In lieu of flowers, contributions may be made to either the Southeast Lions Club, P.O. Box #06296, Columbus, Ohio 43206, or to the Pickerington Church of the Nazarene.

To order memorial trees or send flowers to the family in memory of Mary Woodworth, please visit our flower store.