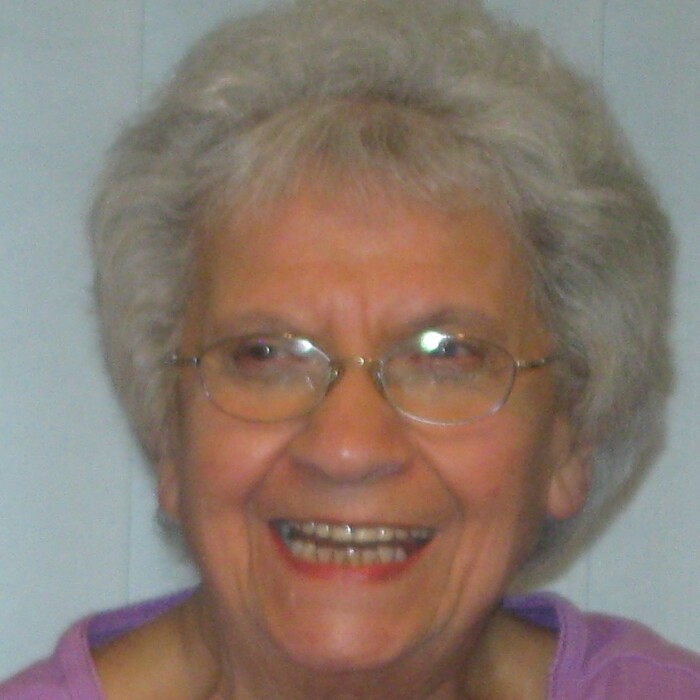 Mary Lou Gligora, beloved wife, mother, grandmother, and great-grandmother entered into the presence of the Lord on December 3, 2021, two days before her 94th birthday.

A lifelong resident of Erie, Pennsylvania, Mary Lou moved to Columbus, Ohio, in 2019. Her Christian faith was an essential part of her life. She lived to serve her precious Lord and Savior and spent much time serving her church in various capacities, notably women’s ministry (quilting, crocheting, hospitality), Sunday school teacher, and serving as head cook at Sharpsville Camp in Pennsylvania for a month every summer. Mary Lou also led the kitchen ministry of First Assembly of God in Erie for many years, serving meals at the Christian school, as well as cooking for church functions and receptions. In addition, she organized groceries for the Angel Food Ministry. Her selfless generosity and extraordinary cooking and baking skills were known and loved by all who knew her.

As a teenager, Mary Lou’s first job was clerking at a Woolworth Company store in her hometown of Wesleyville, Pennsylvania. Her next employment outside of the home was on an assembly line at Erie Resistor, where she worked third shift for many years. During the 1970s, she managed a newly opened Lawson’s convenience store (26th and Cherry Street in Erie), making it one of the top-performing stores in the city before being promoted to become the supervisor over 5 different locations.

Mary Lou loved cooking and baking—in vast quantities. Italian feasts and cookies were her specialty, and she passed her passion and skills down to kids and grandkids! To think about Mom/Grandma is to remember her strength and fortitude, her generous spirit to nourish others, mountains of delicious food and sweets around her table, and her limitless love for her family.

Mary Lou loved discovering a bargain—and adding to her collections of Tupperware, Belgique cookware, Avon glassware, figurines, stuffed animals, quilting fabric, and all kinds of treasures for her grandchildren.

Mom’s/Grandma’s selfless service will be sorely missed. She managed to travel around the country to welcome new babies and help loved ones through surgery and illnesses. “You do what you need to do, child,” she often said with a smile and love in her heart.

“She was a strong lady,” says her husband. “She mothered 4 children and made it through many health challenges and surgeries, like bladder cancer, gall bladder removal, spleen removal, two knee replacements, macular degeneration, and a heart condition.”

“Meanwhile,” Sam chuckles, “I still have my tonsils.”

A small family service will be held on December 8 in Columbus. In lieu of flowers, the family is requesting that donations be sent to support the food pantry ministry at their church in Columbus:

To order memorial trees or send flowers to the family in memory of Mary Lou Gligora, please visit our flower store.