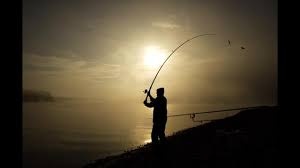 Melvyn L. Stegmeier, age 74, passed away 7/1/21 after a long battle with Parkinsons. Mel is the son of James L. and Margaret F. Stegmeier who predeceased him, as well as brothers Don and Ray. Mel is survived by his wife Diane, daughters Paula Johannessen, Kelly (John) Entingh, and Julie (Gary) Martin, sister Shirley (Pat) Makowski, brother Roger Stegmeier, grandchildren Emily, Kayla, Mason, Austin, Justin, Conner, nieces and nephews Angela, Jennifer, Charlie, Heidi, Andy, Mark, and his puppy Cody. Mel graduated from Grandview Heights H.S., served in the Ohio National Guard and spent his career in the insurance industry. Above all else, Mel loved stirring the pot and sharing time and doughnuts with his family and friends. Per Mel, no funeral service!  In his memory- tell one of his jokes, laugh, go fishing, bet on the ponies, or play a game of poker!

To order memorial trees or send flowers to the family in memory of Melvyn "Mel" Stegmeier, please visit our flower store.