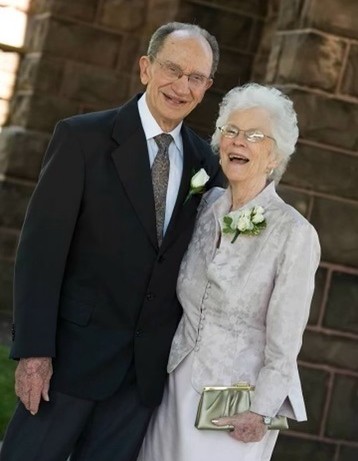 Merle Melvin Miller, age 93, passed away in his home surrounded by loved ones on November 15, 2020. He was born on May 15, 1927 in Massillon, Ohio to parents Clarence and Erma Miller.

He was a humble man, and was undoubtedly devoted to being the best father and husband he could be. Merle was an Army Veteran, and faithfully served during WWII. He was a hard worker throughout his entire life, and was extremely proud to say that he was able to put four children through college. He was a constant source of support and constantly encouraged his children to follow their dreams.

Merle and the love his life, Ginny, shared more than 70 wonderful years of marriage. Together they enjoyed many activities and hobbies like golfing, bowling, playing cards, travel, and cruising. Throughout life the pair relocated several times- but no matter where they were they were always able to make fast friends with those around them. After so many years together, the two were inseparable, and love they had for each other showed when Merle became Ginny’s primary caregiver. He loved and cared for her until the end of her life in February 2020. They are now reunited and continuing their love story together.

To order memorial trees or send flowers to the family in memory of Merle Miller, please visit our flower store.