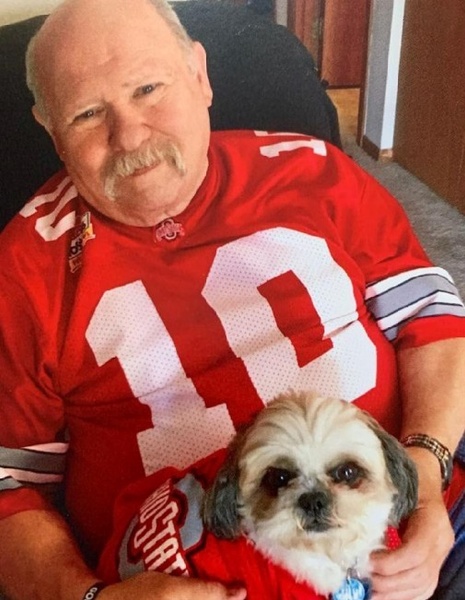 Michael Lee White, 73, of Hilliard, Ohio died peacefully with family by his side on Tuesday, July 27, 2021. Mike was born January 30, 1948 to Melvin C. and Ruth P. (née Smith) White of Howard, Ohio. He leaves behind his beloved wife of 41 years, Judith K. “Jude” (née Miller) White, his 4 children who he loved with all his heart, K. Renee White of Hilliard, Jeremy S. (Kristi) White of Mount Vernon, Jennifer M. “Jenni” (Robert) Taylor of New Albany, and Joseph Michael “Joey” White of Hilliard, and brothers Melvin P. “Butch” (Pat) White of Mount Vernon and Tom White of Marengo. He loved and doted on his 3 grandchildren, Siera Stevens, Uriah (Tiffany) White, and Tristen Bonnette, and his great-grandchildren, Gracie, Ezekiel, Caleigh, and Thalia. He is also survived by numerous brothers- and sisters-in-law, nieces and nephews.

Mike was a Christian with strong roots in his faith. He was a faithful servant within the local church – serving in Royal Rangers and later as a leader within youth ministry. He and his wife, Jude, coordinated a local food pantry, serving the community for over 12 years.

Mike was a 1967 graduate of East Knox High school, in Howard, Ohio, and was a lifelong fan of East Knox Bulldogs football. He was a member of the football team and played the trumpet in the band. He was drafted into the Army in the spring of 1968 and volunteered to go overseas to Vietnam, but was stationed state-side. He tried to hitch-hike home to see his then-wife Vickie and daughter Renee every couple of weeks while in the service. He was a cook, spec 5 when he was discharged in 1970. He was also a lifelong motorcycle enthusiast, especially of Harley Davidson and old Indian motorcycles. As a child, he loved primitive camping and being on the water in a speed boat. He had an enduring love of music, especially rock ‘n roll, and played the guitar and harmonica. He enjoyed creating art and was especially good at drawing cartoon-type pictures and scenes.

To order memorial trees or send flowers to the family in memory of Michael White, please visit our flower store.