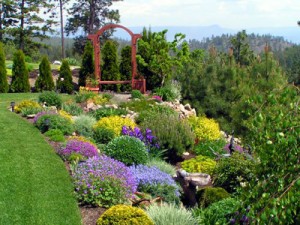 With sadness we acknowledge the passing of Nancy Johnson Meadows, lately of Lewisburg, West Virginia, on the morning of January 3, 2021. Nancy had been recently in decline, and passed from this life while at Glenmont in Hilliard, Ohio.

Born August 20, 1956 in Pittsfield, Massachusetts to Arthur Leslie and Mary Beck Cratty Johnson, and raised in nearby Becket, Nancy attended elementary school at Becket Consolidated School. She attended and graduated from Wahconah Regional High School, Dalton, in 1974. Nancy enjoyed singing, first using that talent at school, playing the role of Mother Superior in the WRHS rendition of “The Sound of Music,” and thereafter at church and social organizations.

During her youth and young adulthood she was involved in Rainbow for Girls, and later with the Eastern Star. She was employed by several banking institutions in western Mass.

A life-long Christian Scientist, Nancy was active in churches and regional associations in Massachusetts and Virginia.

In the late 1980’s she moved to King George, Virginia, was employed at Counseling and Psychological Associates, and met Jim Meadows. Nancy and Jim married in December 1995 and took up residence in Stafford County. Although they had no children of their own, they did take custody of Jim’s grandson, Justin Dye. In the early 2000’s they moved from the Fredericksburg area to Lewisburg, West Virginia, where they built a home and continued life together.

Nancy was a lover of cats, dogs, and horses. Over the decades several were her beloved companions.

Expressions of sympathy should be made to local animal rescue organizations, or to music programs.

Per her request, Nancy’s remains will be cremated, and her ashes mingled with those of her husband, Jim. Those mingled ashes will then be released to the winds from a West Virginia mountain top.

To order memorial trees or send flowers to the family in memory of Nancy Meadows, please visit our flower store.