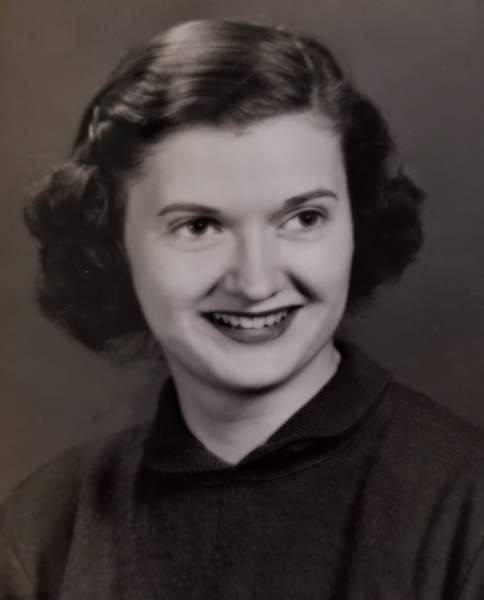 Mrs. Nancy Wilson Steen, originally from Hominy, Oklahoma, passed away quietly on Tuesday, August 4th, 2020 at 12:38 pm at her home in Columbus, Ohio.  Nancy was born in 1933 and had turned 87 in April of 2020.  She was preceded in death by her beloved husband of 63 years, Mr. Frank Steen and her older brother, Lawrence Wilson, Jr.  Nancy was the daughter of Lawrence Wilson and Bertie Pattison Wilson, both also of Hominy, Oklahoma.

Nancy first met her future husband, Frank, in grade school at the Old Stone School House in Hominy and then graduated from Hominy High School in 1951.  She married her high-school sweetheart, Frank at the age of 19 in the First Presbyterian Church of Hominy in 1952.  Frank was commissioned in the Air Force shortly afterwards, and Nancy and Frank were stationed around the world, including assignments in Florida, Iceland, Thailand, Pennsylvania, Alaska, Massachusetts , the Pentagon, California, Alabama and finally Ohio.  Nancy and Frank welcomed the birth of their oldest son, David, in Pittsburgh in 1962 and then welcomed the birth of their second son, James Steen in Anchorage, Alaska in 1965.

In 1974, Nancy and Frank settled in Columbus, Ohio.  They had moved 10 times in 20 years with the Air Force but had never owned their own home.  They purchased the Steen homestead in Columbus, Ohio which will remain with the Steen family for the foreseeable future and will be home to James and Simone Steen.

To the end, Nancy remained a small town girl from Hominy.  She had the heart of an angel of the south and was good and kind to all, but was also known as the “Queen Bee” matriarch of the family.  She was the quiet enforcer of decent and thoughtful life guidance and would let you know you were out of line with a simple look.  She welcomed and cherished regular visits from her five grandchildren, Christopher, Mia, Adelle, Lillian and Natalie.  She was careful to always remember birthdays and was able to provide shelter to any grandchild in need at the time.  In keeping with her southern heritage, Nancy loved to cook and was renowned for recipes handed down by her family in Oklahoma and Arkansas.

Nancy is survived by her sons, her two daughter-in-laws, Simone and Carolina, her five grandchildren and her two cats “Mork and Mindy”.  She will be dearly missed but has now reunited with her devoted husband, Frank, in heaven.

To order memorial trees or send flowers to the family in memory of Nancy Steen, please visit our flower store.