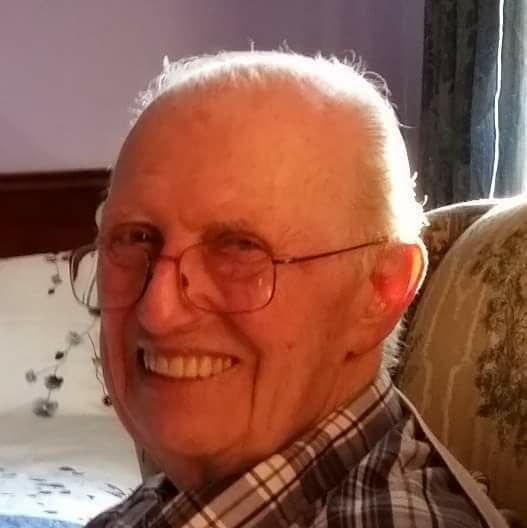 He met and married the love of his life, Caroline (Bice AKA Marshall) Volle in Cincinnati, Ohio, on December,16, 1978, and they came to know the Lord together in 1980 and have been happily sharing life’s adventures together for 42 years.

Paul was a man of many talents and amazing intellect. He had the ability to do just about anything--and did!  Raised in Reading, Ohio, Paul’s career began as a carpenter’s apprentice even while in high school, when he also joined Air Force Reserves, graduating from Woodward High School in Cincinnati. He served in the Air Force in guided missile technology, spent 10 months fishing in Alaska, before working at Boeing Aircraft in Seattle, WA, engaged in various top secret, high technology and space research projects. He studied Electrical Engineering at University of Cincinnati, and over the years served in various top level management positions in Ohio, New Hampshire and Maine.

In Maine, Paul and Caroline became involved in politics in 1985. Paul headed up the Cumberland County Republicans, then the Christian Coalition of Maine which they ran for 20 years, networking with other pro-family organizations in the state and nationwide. For their pro-family achievements in Maine, Paul and Caroline received the Eagle Award from Phyllis Schlafly’s Eagle Forum and the Family, Faith and  Freedom Award from Family Research Council. Paul also became a licensed and active Real Estate Agent in Maine and built a subdivision with a charming spec house as a fundraiser for their church, Grace Baptist Church in Portland. Ever a team, Paul and Caroline also developed a large Pre-Paid Legal Network Marketing business. In their last years in Maine, Paul and his wife became managers of the Port Clyde General Store and Tenant’s Harbor General Store, a challenge they truly enjoyed together. In 2008, family needs arose that drew them to retire back to Ohio, where they have been homeschooling two of their grandsons on a charming farm in Centerburg, Ohio.

With no siblings, Paul is survived by his wife Caroline, three children from a previous marriage, Julie, Kevin and Joy, two step-daughters Christine (Ed) Barker and Katherine (Randy) Jeane of Ohio, and their children and grandchildren. Most missed by grandsons, Tyler and Timothy Jeane.

Paul developed several serious health issues, the most debilitating being pulmonary fibrosis, which for the last few years necessitated his being on oxygen 24/7. He contracted Covid-19 and was unable to recover from it.

The family would like to thank our dear friend, Christy Sinclair, for her tremendous comfort and help with hospice on such short notice, and to Paul’s dearest friend, Jim Ramm, and his wife, Gail, and Pastor Robert and Marty Mazzie, for their help, support, and faithful friendship over the last few years especially. And to our dearest friends in Maine, for your faithful friendship that has meant so much to Paul over the years, we want to thank Linda Bean, Paul and Susan Madore, Mike and Paulie Heath, Janet and Steve Beckwith and Mark Michaud, and so many others, too numerous to mention, but so dear to our hearts.

Viewing and a funeral services will be held on Tuesday, December 22, 2020 at Shaw-Davis Funeral Home Clintonville Chapel, 4341 North High Street, Columbus, Ohio 43214. The family will receive guests from 11 am to 1 pm, with the funeral for close family members and friends beginning at 1 pm. Burial will follow the service at Union Cemetery at 3340 Olentangy River Road, Columbus, Ohio 43202. Due to current COVID-19 restrictions, the number in attendance will be limited to 40 people at any given time; masks and social distancing will also be required while visiting the funeral home. For those unable to attend, a live stream of the service will being at 1 pm, and can be viewed just below this obituary.

In lieu of flowers, memorial contributions may be made to WorldView Ministries, who create Bible translations for unreached peoples groups, https://worldviewonline.net .

To order memorial trees or send flowers to the family in memory of Paul Volle Jr., please visit our flower store.