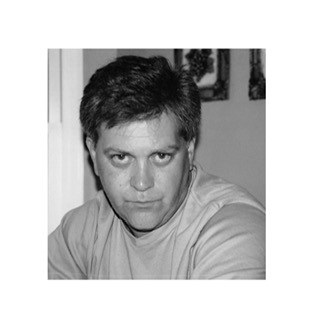 Peter Anthony Hagedorn  of Dublin, Ohio entered into this world on September 23, 1961.  He was the youngest of seven children born to the late great Quinn and Viola Hagedorn.  Peter’s 59 year crossing here on earth ended much to soon on December 20, 2020.  He was preceded in death by his baby daughter, Miquelina Hagedorn.

Left behind to cherish his memory are his loving wife, Kathleen (Lonero) Hagedorn and beloved son, Wyatt Hagedorn.  Pete’s family, both the one he was born into and the one he became part of, reached far and wide.  He is survived by his siblings Deborah Skilken, Steve (Debbie) Hagedorn, Karen (John) Hinze, Mike (Vicki) Hagedorn,  DiAnne (Marc) Minsky, Michelle (Howard) Frischman, Sue and Danny Thomas, Greg and Melba Lonero and Valerie and John Deck.  Pete held a special place in the heart of his in-laws, George and Rose Lonero.  He was loved by his many nieces and nephews, Megan, Carter, Lauren, Conner, Caroline, Elizabeth, Gillian, Kayla, Laurie,  Sarah, Alex, Jessica, Todd, their families, and Coal.

Pete was a gentleman.  It was typical that he would consider another’s feelings before his own as he lived his life by the golden rule.  He had nothing to fear from karma.  He was the guy that would walk under the bridge to the tent of a person in need and leave money.   Pete always  protected his family and put their needs first.  He was so excited about retiring next summer after 33 1/2 years with OSU.  Pete was loyal and unfailingly honest, no matter the consequence of that trait.  He espoused integrity and lived true to himself, admired  and sometimes underestimated because he didn’t brag and didn’t make excuses.  He was a quiet man, well he started off that way until the Italians got a hold of him, who’s giggle endeared him to those lucky enough to share in its warmth.  He was the best person to belly laugh with.  Now, he wasn’t a saint, he could be stubborn or give you a side eye that would stop you in your tracks, but  he was always willing to meet you in the middle.  An honorable man, like his father before him.  Pete faced this virus with uncommon courage. His bravery in the face of isolation and unrelenting  illness left an indelible impression on every person to bear witness.  He was labeled the sickest person in the ICU.  And yet he fought on, a warriors heart, he never gave up.  Peter believed in God and his faith remained with him his whole life.  He counted blessings.  He loved music, some of it weird, sunsets off the back deck, the lake, a good steak or Sunday roast with mashed potatoes, and time with his family.  Pete’s heart’s desire was to be a father.  He was proud of Wyatt, loved his son fiercely, saw the potential of the man he’ll become.  He always believed in him.  His devotion to his wife was surpassed only by her devotion to him.  Souls touching and growing in love for over 30 years.  So many loving and mourning.  Peter Anthony Hagedorn has left a hole in the fabric of his family but his memory will be the thread that binds and heals us, adored, already achingly missed.  With fervent faith, we await the day we will rejoice together again. Until then we lovingly pray he is joyously dancing to his music, remembering some of the words and singing on key.

Due to the current pandemic, the family will be having a private service at this time. A Celebration of Life ceremony is being planned for the spring of 2021. No flowers per the family’s request please. Our staff suggests any intended contribution be made out directly to the family.

To order memorial trees or send flowers to the family in memory of Peter Hagedorn, please visit our flower store.