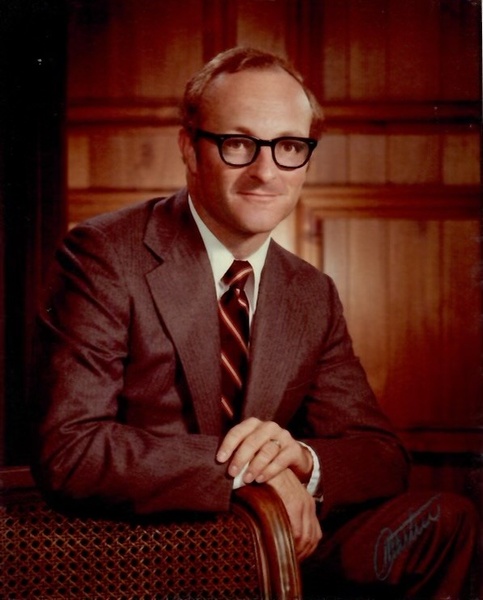 Pete Pointer, age 87, passed away Wednesday, July 27th at his home in Dublin.  Born August 3, 1934, in Erie, PA, to Katherine and Leon Pointer, he was preceded in death by his parents and his oldest sister, Alberta.  He is survived by his wife of 64 years, Linda, sons Philip (Kim) and David, granddaughters Katie Pointer, Nicole Jackman and Megan Jackman, and sisters Patricia Beard and Katie Henrikson (Ray).

Peter is a graduate of the Wharton School at the University of Pennsylvania.  He earned an MBA from the University of Missouri. Peter retired from the USAF as a Lt. Colonel after a 20-year career.  He is a veteran of the Vietnamese war.  He also had a long career as a stockbroker at his own firm, Pointer Investments.  He was an avid golfer and a 44-year member of Brookside Golf & Country Club.  Peter was a long-time member of the Trinity United Methodist Church, where he sang in the choir.  He served on the Trinity United board as chair of the finance committee.  He was also a past board member of the Wright-Patt Credit Union, where he served several positions, culminating in board president.

To order memorial trees or send flowers to the family in memory of Peter Pointer, please visit our flower store.