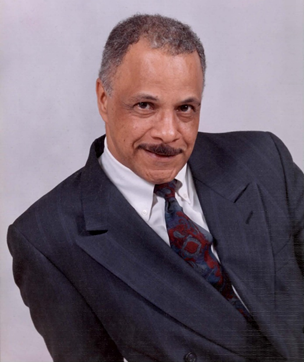 Richard W. Barker son of Melvin and Dora Barker was born on August 5, 1941 in Columbus, Ohio. He died peacefully in his sleep at his home in Westerville, Ohio on November 8, 2020.

He attended the Columbus Public Schools where he developed a love for the arts. Richard loved dancing, listening to music, and creating unique pieces of furniture and clothing items or whatever else he felt needed his “Golden” touch. He taught himself how to remodel homes, reupholster furniture and design interiors for his family and friends. He continued on to receive a Batchelor of Science degree in Teaching from Washington University in St. Louis, Missouri.

His teaching career began as a Substitute Teacher for St. Louis Public Schools. Upon graduation, he drove his family to Washington State to participate in a diversity program to encouraged newly graduated, black teachers to join a local school district. Richard taught there for six years before moving back to Columbus, Ohio.

He then moved to Maryland where he fell in love with sailing. He bought a sailboat and spent many of his weekends sailing along the Susquehanna River. Richard moved back to Columbus, Ohio to care for his elderly mother. He accepted a job as a Sailmaker until the company closed their doors. Over time, taking his boat out for a sail became more of a hinderance than a hobby and it needed some repairs, so he sold it.

Richard joined Swan Dry Cleaners as a Store Manager. He gained a fan club of customers who appreciated his commitment to service and ability to bring a little bit of sunshine to anyone having a bad day. He eventually retired about fifteen years later.

He loved his family, and his family knew it! He was always a joy to be around because of his humorous demeanor.

To order memorial trees or send flowers to the family in memory of Richard Barker, please visit our flower store.