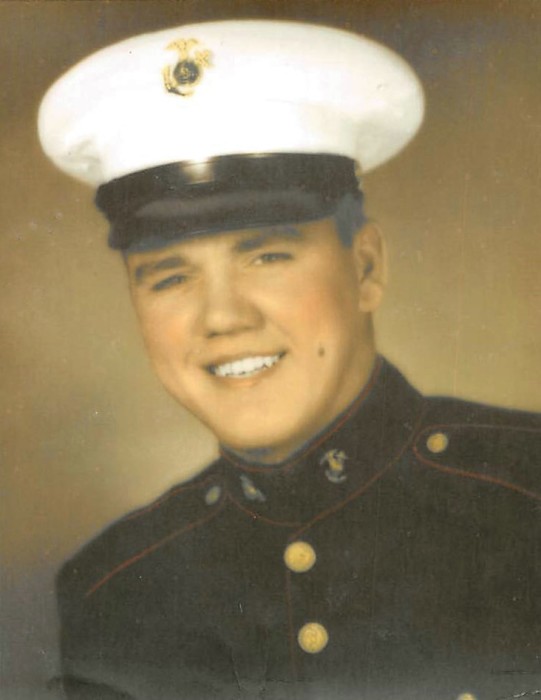 Ted (Richard E.) Grindley, 87, passed away with grace in Columbus, OH, on July 21, 2021, with loved ones by his side. One of the finest men that ever lived, Ted's laugh, one-liners, and integrity will be remembered fondly by all who knew him.

Ted was born August 9, 1934, in Pomeroy, OH, to Ronald and Artie Grindley; and raised in Minersville in a home built by his grandfather that overlooked the Ohio River. As a young man, he served our country honorably as a Camp Pendleton Co. B 3 Marine during the Korean Conflict. On April 21, 1954, Ted returned from Japan on a liberty ship. Three days later, he eloped to Liberty, Indiana, with the love of his life, Edna “Dee Dee" Grindley, who he treated as an equal partner and adored for the next 67 years.

Ted valued hard work all his life. In the early 60s, he founded Ted Grindley and Associates, a company dealing with real estate improvements, acquisitions, development, and investments in Ohio and Florida. He served on various boards in Florida and Ohio and maintained homes in Westerville, Lakeside on Lake Erie, and Fort Lauderdale. For Ted, the joy was always in the doing and the people he met along the way.

An exemplary husband, father, grandfather, son, brother, and friend, Ted prioritized faith, family, and helping others above all else. A true friend to all, he approached life with humor, grit, and kindness. Every interaction with Ted was an opportunity to hear a great story, learn something about life, and feel the warmth of his friendship.

Ted is survived by his beloved wife of 67 years, Edna “Dee” and the three sons they proudly raised together, Michael, Mark (Jane), and Mitchell (Christine). He leaves behind a legacy of 8 grandchildren and 15 great-grandchildren who love him beyond measure. He is also survived by sister-in-law Leila Grindley, brother-in-law Waid (Shelba) Foster, and Miriam (Dale) Compliment. Along with numerous nieces, nephews, and friends.

In lieu of flowers, it was Ted’s wish that any memorial tributes be made in the form of charitable donations to the Lakeside Chautauqua Foundation to be used for God Squad and Middle School Ministries or to the Wounded Warriors Project.

To order memorial trees or send flowers to the family in memory of Richard Grindley, please visit our flower store.