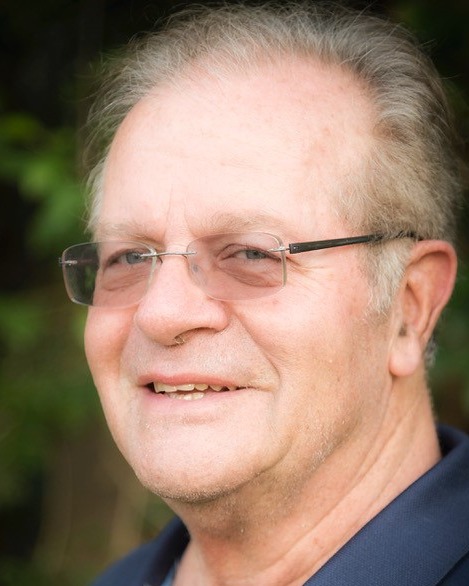 Richard Harrold passed away, surrounded by family, on October 18, 2022 at StoryPoint North Assisted Living in Powell, Ohio, after fighting Alzheimer’s disease for more than 7 years.  Rich was born in Salem, Ohio on January 18, 1943, to Ellwood and Jennie (Kauffman) Harrold. He was a 1961 graduate from Columbiana High School, where he enjoyed playing football and basketball.  He held the school record in basketball for most points scored for more than 30 years and was inducted into the school Athletic Hall of Fame in February 2008. Rich attended Mount Union College, where he earned his degree in Business Administration in 1965. While at Mount Union, he met his wife, Marjorie (Denny), and they were married on August 28, 1965.

Rich proudly served in the United States Army from 1966 to 1968.  Marjorie joined him at the base in Wildflecken, Germany, where he was stationed on the East – West German border.  He later was a life member of the AMVETS and American Legion Post 83, where he served as Treasurer.

A longtime resident of Sandusky, Rich began work at GM New Departure-Hyatt in Sandusky in 1968, where he remained until his retirement in 1998.  He had great friends there and played in the New Departure golf and bowling leagues for many years.

He was a wonderful father and grandfather, coached Little League baseball, and was always the kids’ biggest fan.  Rich and Marge shared their love of travel with their family and truly saw the world.

Rich was a member of Zion Lutheran Church of Huron. He loved God and served on the Lutheran Memorial Home Board for several years.

After his Alzheimer’s disease diagnosis, he volunteered for an Alzheimer’s treatment study at the Cleveland Clinic.  In the study, he received monthly infusions to help advance medical knowledge and benefit future patients.

Rich was preceded in death by his parents and sister, Janet Barnhart.

To order memorial trees or send flowers to the family in memory of Richard Lee Harrold, please visit our flower store.