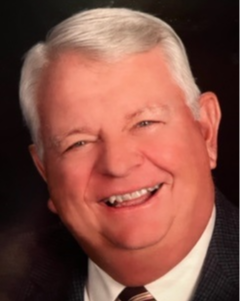 Richard “Dick” D. Niemeyer went home to his Lord and Savior, Jesus Christ on August 17, 2022 at his home surrounded by his family, he was 81.

Dick was preceded in death by his parents, his two sisters Patricia Hardy and Nancy Mitchell, Mother and Father-in-law Violet and Alfred Albers, grandson Maxwell Richard Niemeyer and numerous other family members and friends.

Dick was employed for nearly 50 years at Standard Register serving in many sales and leadership roles.

In his earlier years Dick enjoyed playing baseball and golf.  Fishing trips were also a favorite pass-time with his boys, his brother Jim and his father at Uncle John’s farm as well as visiting several other fishing holes around the US and Canada.  Dick was also quite a coach for his son Jason’s baseball teams.  Later in life Dick was instrumental in creating and building MadMax Farms, a first generation row crop farming operation started by Eric & Stephanie Niemeyer honoring their late son Maxwell Richard Niemeyer.

We will honor Dick’s life on Saturday, August 27, 2022 at Worthington Christian Church, 8145 North High Street, Columbus OH 43235.  Visitation will be 10:00 ET with the service to immediately follow.

To order memorial trees or send flowers to the family in memory of Richard David Niemeyer, please visit our flower store.

Visitation will be 10:00 ET with the service to immediately follow.