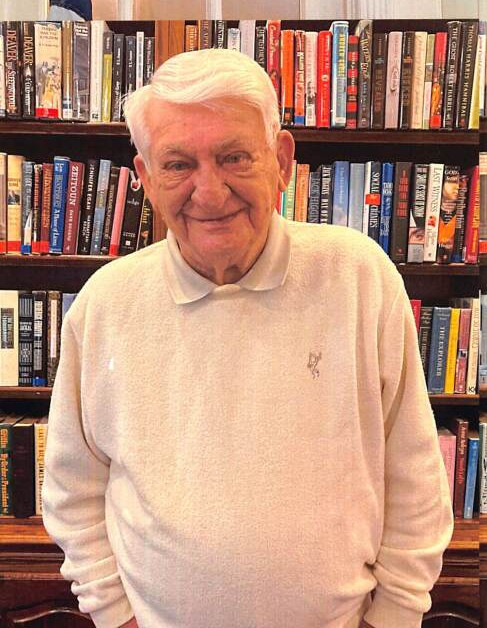 Graduated from Canton McKinley High School in 1950; attended Bowling Green State University from 1950-52; served in US Army in Korea 1952-54 and was honorably discharged; Graduated from Bowling Green in 1956 with a B.S. degree in Education.  While at Bowling Green served as President of Delta Tau Delta Fraternity and the University Interfraternity Council. Received from Bowling Green a M.A. in Political Science in 1958. Worked at Bowling Green as Director of Kohl Hall, Director of Student Activities, and Assistant Dean of Men, 1959-62.  Married to Anne Potoky in 1959, and had three sons, Scott Douglas Weaver, Timothy Allen Weaver, and Richard Albert Weaver, Jr.  Worked at The Ohio State University 1962-88 as Assistant Dean of Students (1962-70); first Director of the Fawcett Center for Tomorrow (1970-88). Freedom Federal Savings and Loan 1988-92 Vice President of Administrative Services.  25 years as announcer: at OHSAA State Track Meets; Mason Dixon Games in Louisville, KY, Ohio State Fair and 4H Horse shows; numerous Ohio State athletic events including track, basketball, and football; and was an avid golfer with 3 aces in his career. Active throughout his life he enjoyed traveling in his retirement with his wife Mary Jo, and being known as a kind helpful member of Maple Grove Methodist Church.

In lieu of flowers, please consider donating to the OhioHealth Foundation/Kobacker House or the National Kidney Foundation.

To order memorial trees or send flowers to the family in memory of Richard Weaver, please visit our flower store.