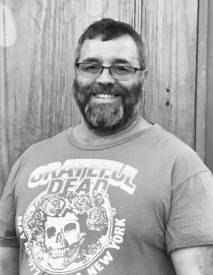 Richard “Rick” Eric Trussell, age 51, died early Monday morning August 3rd 2020.  Rick was born in Wheeling, West Virginia on October 29th 1968. Rick spend his younger years in the Army stationed at Fort Benning in the Georgia Harmony Church E-9-2 where he met the men who he would consider part of his family for the rest of his life.  He then moved onto Kelly Hill 197th Sledgehammer Infantry Brigade 1/8.  Rick went on to work as a Corrections Officer at the Lebanon Correctional Institution. He later became a Direct Care Provider for the Department of Developmental Disabilities where he worked for his dear friends Tim Prenzlin, Brian Kendrick and Scott Bowersock.

Rick is proceeded in death by his beloved mother Linda, and good friends Curt Wellman and Scott Whealdon.

Rick is survived by his love Karrie Carlyle, his children Katie and Quentin Trussell, his bonus children Kaylea and Hayden Carlyle, his best friends Heather Lutz, Mike Fawcett and Ira McCrystal. He’s also survived by his father Mike Wellman, his sister Katrisha and brother-in-law Mic Trenor and Nephew Ethan. He will also be greatly missed by his beloved pets Bunker, Thumper, Gunner, Ellie, Linus, Gonzo and Norman.  He also leaves behind his good friends from the Eight and Sand Tavern and the friends he had in the community through the NextDoor App.

Rick had a huge heart and was the biggest animal lover so he would want in lieu of flowers donations made to Pets without Parents where he volunteered or Columbus Pet Rescue.

For those unable to attend the services there will be a live stream available on the Shaw-Davis Funeral Homes Facebook page at, https://www.facebook.com/shawdavisfuneralhomes/ , or over on the Livestream website at https://livestream.com/shaw-davis/richardtrussell .

To order memorial trees or send flowers to the family in memory of Richard "Rick" Trussell, please visit our flower store.