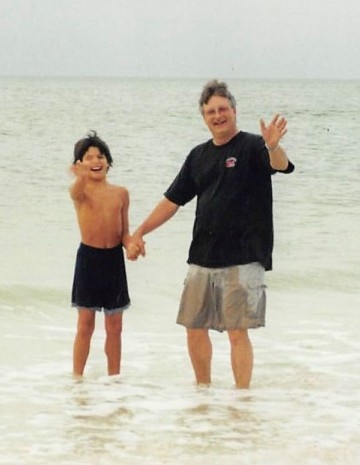 Richard “Rick” Rodawalt, age 61, of Ohio, passed away peacefully on February 13, 2020. He was born on January 22, 1959 in Fremont, Ohio where he grew up with his mother Betty, brother Robert “Bob”, and sister Bonnie Jo. At eighteen years old Rick enlisted in the U.S. Navy where he served a full term as an air traffic controller on the USS Nimitz, before returning home. Throughout life Rick became the father to six children, he enjoyed working on and racing cars with his cousin Tim Saylor at the Columbus Motor Speedway, he was an avid football and NASCAR fan, and was always up for a game of poker. Rick was a hard worker all his life, but he most enjoyed relaxing at home and spending time with his family.

To order memorial trees or send flowers to the family in memory of Rick Rodawalt, please visit our flower store.