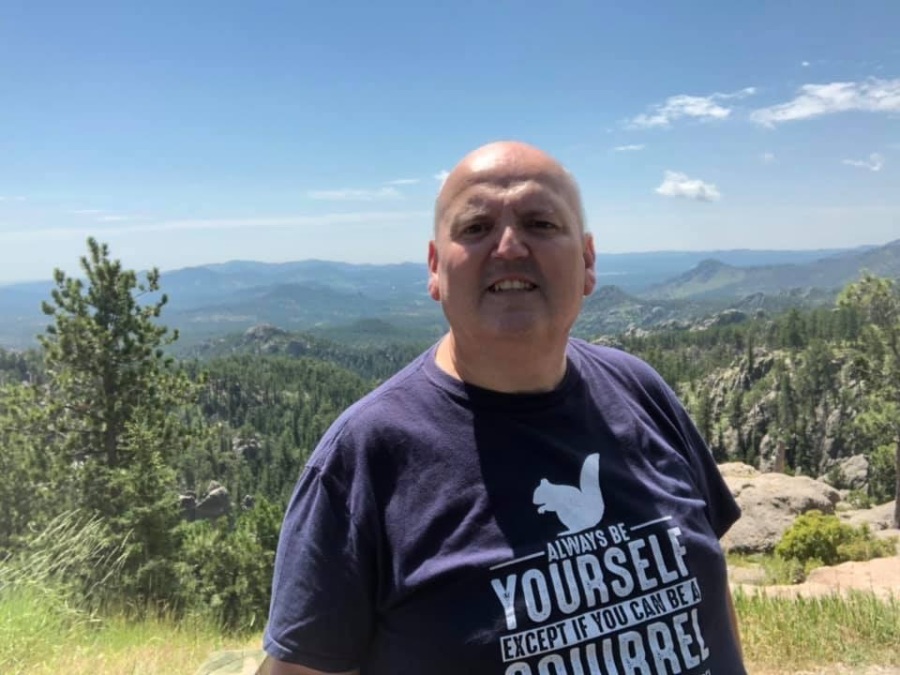 Robert Leslie Dimes was born August 30, 1966 in Bury St. Edmunds, Suffolk, England. He grew up in Thetford, Norfolk, England, was full of life and love to make people laugh. He worked for 18 years for CA Blackwell before meeting his future wife. After their marriage in 2004 Robert moved to Columbus, Ohio in the United States to be with her. He worked for JP Morgan Chase and then Thirty One Gifts. Robert enjoyed flying radio controlled airplanes, even building one of his own. He loved squirrels, making squirrel feeders and learning they love Oreo cookies and he had a love of music especially the Beatles and Gary Moore. Robert was a Tottenham Hotspur FC supporter and closely followed Formula 1. He also enjoyed doing FB live and making videos with funny antics and silly tutorials. In 2015 Robert was diagnosed with colorectal cancer and fought hard for over 5 years, defying doctors’ expectations several times. However, on November 1, 2020 in Columbus, Ohio Robert lost his battle at the age of 54. Robert was preceded in death by his father Leslie Dimes, grandparents Albert and Annie Dimes, William and Peg Dudley and daughter Ella. He is survived by his mother Irene Dimes, sister Debra (Eric) Byford, niece Ashley, nephew Elliot, wife Catherine, children Townsend and Annabel and many aunts, uncles and cousins. Due to Covid restrictions Robert’s wife and her family will have a small private gathering. His family in England will hold a celebration of life in the future when travel is allowed for family and friends. Since we cannot all gather together Catherine asks for family and friends to send cards with memories and thoughts of Robert that will be saved for his children, 1341 Murrell Ave. Columbus, OH 43212. Robert and his family were so grateful for all of the care he received over the past 5 years at The James so in lieu of flowers donations can be made to the OSUCCC-James Colorectal Cancer Research Fund.

To order memorial trees or send flowers to the family in memory of Robert Dimes, please visit our flower store.