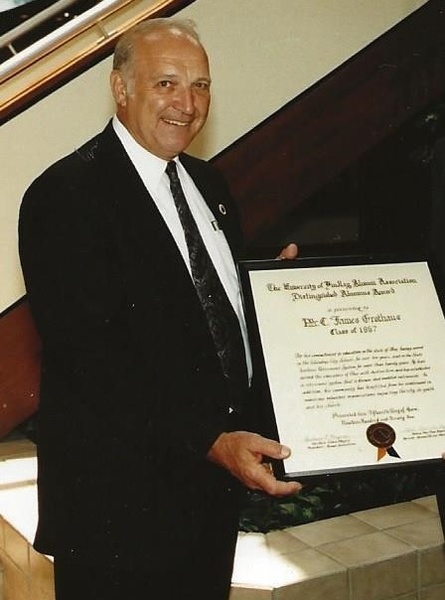 He was born on September 5, 1932, in Indian Head, Pennsylvania, to Joseph and Corrine (Dumbauld) Pritts. Bob was the youngest of three children following siblings Clifford and Doris. Tragically, their father died at a young age. The family attended the Indian Head Church of God. Bob grew up in the Laurel Highlands hunting, trapping, and fishing.

After attending his first day of kindergarten, Bob announced to his mother he didn’t need to go to school anymore. Corrine prevailed. He graduated in 1950 from Connellsville High School. After high school he worked in the local mills and coal mines. Realizing he wanted to see more of the world, he joined the US Air Force and, stationed in Germany, worked as a Control Tower Operator. In 1952 he married his “Polish Princess” beautiful Catherine Zelasko. After his discharge, Bob and Catherine moved to Findlay, Ohio, for Bob to pursue his undergraduate degree at Findlay College. Thus began a life of living between two states that continued for almost 70 years.

Bob graduated from Findlay College in 1957 with a Bachelor of Science degree. Moving to Columbus, Ohio, he began a career in education that spanned 39 years. Bob also attended OSU and received his Master’s Degree from the University of Indiana of Pennsylvania. From elementary teacher to school principal to President of the Columbus Administrator’s Association, Bob devoted his life to enriching the lives of young students. At the University of Findlay, Bob and Catherine were board members of the Dumbauld Scholarship Fund and established the Robert M. and Catherine M. Pritts Scholarship Fund. In addition to education, Bob and Catherine owned and operated antique shops in Pennsylvania and Ohio. During the school year the family lived in Columbus while summers were spent in the mountains. Bob loved their cabin in the woods and the welcome mat was always out. The cabin hosted countless gatherings for family and friends. Marrying into Catherine’s large Polish family, Bob embraced the family, food, music, and customs. Seasoned dancers, Bob & Catherine (known as Toots to her family) would clear the dance floor with their elegant polkas. In later years Bob and Catherine became owners of the WMBS Radio Station in Uniontown, Pennsylvania.

Bob was preceded in death by his parents and siblings. He is survived by his beloved wife, Catherine; sisters-in-law Stella Free, Mary Louise (Jack) Mullen, and Bertie Pritts; sons Robert (Kathleen) Pritts of Lakeside, Ohio; and Steven (Tracey) Pritts of Perrysburg, Ohio.

Throughout his life, Bob provided a wonderful example of caring for others. There would be a twinkle in his eye when he told his jokes and tall tales. Bob thoroughly enjoyed any opportunity to hunt, golf, fish, or put on his dancing shoes. Many will remember his joyous rendition of, “Oh Lord, it’s hard to be humble.”

Although Bob will be deeply missed, we were blessed to watch him live life with an independent and exuberant spirit. A Memorial Service in Ohio will be held on Sunday, May 8, 2022, from 2pm-4pm at the Shaw-Davis Funeral Home (Clintonville Chapel), 4341 N High St, Columbus, Ohio. Friends and family are welcome. A Memorial Service in Pennsylvania will be held at a later date.

Condolence cards can be sent to Catherine Pritts at Wesley Glen Community, 5153 N. High St., Columbus, Ohio, 43214. Donations can be made in Bob’s name to Nationwide Children’s Hospital (https://www.nationwidechildren.org) or the Wounded Warrior Project (https://support.woundedwarriorproject.org).

To order memorial trees or send flowers to the family in memory of Robert Pritts, please visit our flower store.