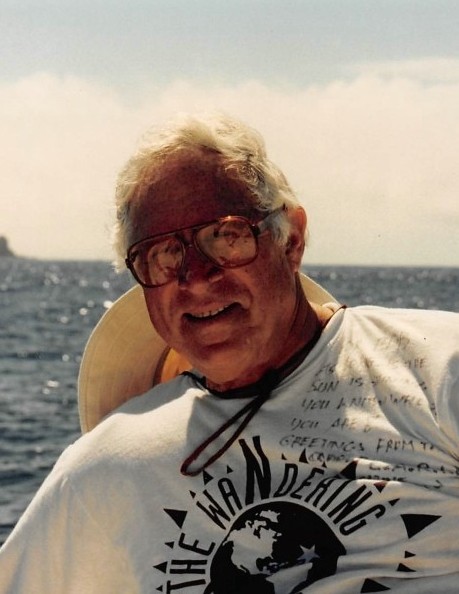 Dr. Robert “Bob’ W. Sharkis age 87 died after a short illness on September 6TH 2020. Born in Philadelphia PA. to Harry Sharkis and Rose (Gabriel) Sharkis on July 5TH 1933. He attended University of Penn undergraduate, University of Maryland graduate school and Philadelphia of Osteopathy and graduated in June 1959. He subsequently did one-year rotating internship in Detroit. Bob practiced for 35 years in Massillon Ohio with partners Drs. Irving Gordon and Daniel Larrusso at Perry Family Practice retiring after 35 years in 1999. Bob also spent many years after his retirement volunteering at a local clinic providing care to patients without insurance. Bob had many hobbies and interests a perpetual student he took classes in History and Politics throughout his life and often encouraged those around him to seek out education, taking classes at local universities until 2019. His earlier years were very active in Politics were he volunteered for political campaigns and due to his close proximity to Washington DC while studying inorganic chemistry at the University of Maryland, he was present in the gallery during the Senate Committee hearings during the McCarthy investigations. He was an avid sailor both in the US and abroad. He had sailboats at Atwood Lake and in Naples Florida where he split his later years to summer in Ohio and winter in Florida. He also chartered sailboats in The Chesapeake Bay, the Florida Keys, the coast of Maine, the US Virgin Islands, Belize, the Greek Islands, and New Zealand.  A tennis player and avid skier, he participated in both sports until age 70. He also enjoyed iceboating, when the weather permitted, scuba diving and snorkeling.  An avid bridge player he began playing at age 18 and continued playing throughout his life in Canton at the Canton Jewish Community Center.  He achieved Silver Life Master level. Bob was fortunate to have found a thriving bridge and sailing community in Naples whose companionship he enjoyed each winter.  Bob a lifelong member of Temple Israel and a member of the stolen moments group, he made many treasured and lifelong friends in that community. Bob was a devoted father and grandfather of his 4 grandchildren.  Bob is preceded in death by his parents, his brother Alan, and his former wife and mother of his children Marilyn Anzellotti Narduzzi, and is survived by his son Dr. David (Kathy) Sharkis and his daughter Lisa (Hadley) Lowy, and his grandchildren: Ethan and Abigail Sharkis and Gabriella and Colette Lowy. The family would like to thank Kobacker House at Riverside Methodist Hospital for the excellent care Bob received. In keeping with his spirit of education and medicine, Bob donated his body to Ohio State University School of Medicine.  Donations in Lieu of Flowers can be sent to Lifecare Family Health & Dental Care, Inc., 2725 Lincoln St. East, Canton, Oh 44707 www.lifecarefhdc.org which continues to provide care to the uninsured in Stark County.  A celebration of life will be held for streaming or later download on Sunday, October 18TH, at noon. To leave a condolence or view Bob’s tribute video please visit Shaw-Davis.com. The link to the 'Celebration of Life' video can be found at the following link; https://www.facebook.com/arnoldfuneralhomes/

To order memorial trees or send flowers to the family in memory of Robert Sharkis, please visit our flower store.