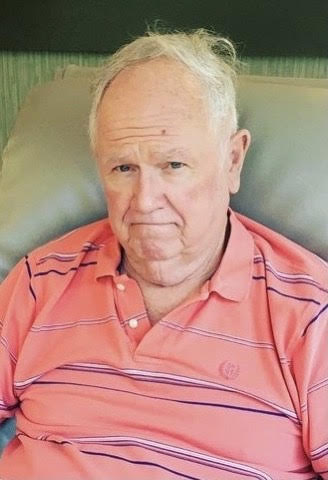 On Thursday, June 10, 2021, Robert  Lee Strayer, loving husband, father, grandfather, and great-grandfather passed away at the age  of 78.

Bob was born October 3, 1942 in Columbus, Ohio to Daniel and Nora (Miller) Strayer. Bob grew up loving sports, playing basketball through  high school and was a record setting bowler. Following his 1962 graduation from Dublin High School, Bob served for four years in the United States Army. On October 14, 1972, he married Mina Gail Warner and together they raised seven children.

Bob loved his large family and was often overheard bragging about his children, 15 grandchildren, and 7 great-grandchildren. Bob was a skilled square dancer and euchre enthusiast. In the early years of his retirement, Bob and Mina spent countless hours at the Muskingum County Center for Seniors in Zanesville, playing cards and dancing with their many friends. Bob’s family enjoyed his dry sense of humor almost as much as his famous chili and beef ‘n noodles. Bob inherited his mother’s green thumb and loved caring for his roses and many plants.

A Memorial Service will be held on Friday, June 25th, at Shaw-Davis Clintonville Chapel, 4341 North High St., Columbus, Ohio. The family will receive guests from 3 pm to 4 pm, with the service beginning at 4 pm. In lieu of flowers, the family asks that donations be made in memory of Bob Strayer to the American Cancer Society at https://www.cancer.org/involved/donate.html .

To order memorial trees or send flowers to the family in memory of Robert Strayer, please visit our flower store.