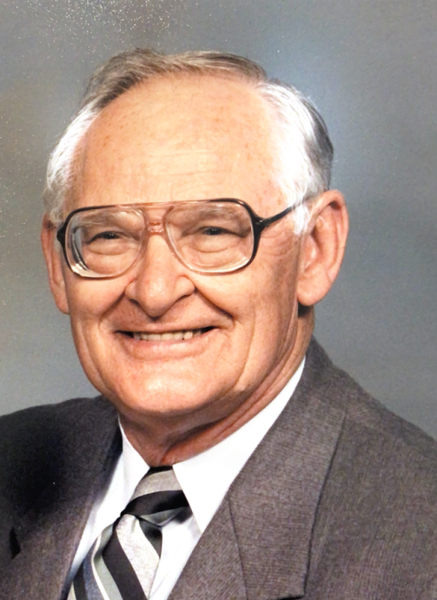 Robert J. Walz, 98, died June 16, 2021. Born in Newark, Ohio to Charles and Sarah Walz. He is preceded in death by his 5 siblings, his wife Barbara and previous wife, Jean. He was a WWII veteran who served 3 ½ years under the command of Gen. Eisenhower and Gen. Patton in the European Theater. He participated in the Invasion on D-Day at Normandy, Omaha Beach, and the Battle of the Bulge. Bob was awarded 5 bronze stars and a Purple Heart.

Bob was so proud to have worked for the Kroger Co. for 49 years retiring in 1988 in middle management. He was known as “Mr. Kroger,” having opened most of the new stores in Columbus. He received 6 consecutive President’s Cup Awards as the Top Division Salesman, and he served a term as President of Kemba Credit Union. Bob was a 50+ year 32nd Degree Mason, Scottish Rite and Shriner where he served a term as president of the Northern Shrine Club.

Bob loved God and was a born-again Christian.

To order memorial trees or send flowers to the family in memory of Robert Walz, please visit our flower store.