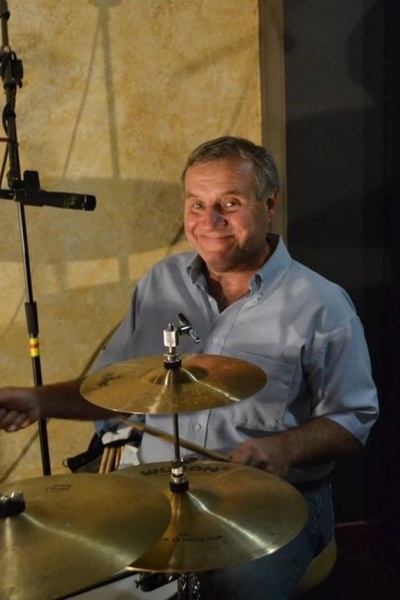 It is with profound sadness that we mourn the death of Roger Dean Mayes on Wednesday, April 8, 2020. But it is with extreme joy we share all of the varied pursuits and accomplishments that were his during his 65 years of life. Just about anything he set his mind to, Roger mastered it!

A lifelong Delaware County resident, he is remembered fondly by hundreds of friends and will be sorely missed by his family.

Roger died at Grant Medical Center after several days in the critical care unit. The staff there were some of the kindest caregivers we have ever met and tried heroically to prolong his life. Sadly, Roger endured a couple of years of declining health with a failing heart due to the effects of a neuro-endocrine condition. He managed to beat the odds time and again and was able to continue some of his favorite pursuits far longer than expected.

Roger was well known for his musical talents and enjoyed playing with many accomplished musicians over the years and was privileged to entertain thousands. From winning a junior high talent show to opening for world class acts, he was the consummate drummer. When he opened the Music Barn at 12 S. Sandusky Street, in Delaware, he and the other instructors there nurtured the next generation of young musicians. In 2000, Roger was inducted into the Delaware Musicians Hall of Fame, of which he was a founding member. Most recently, Roger had been an integral part of the Crazy Gringos of Galion and found great joy in entertaining with those talented guys.

In addition to his musical pursuits, Roger’s mechanical abilities were also sought after. With an affinity for building high performance engines, he was kept busy, especially by AMC enthusiasts.

An avid caver, he spent countless hours exploring underground passages in Kentucky and West Virginia. In addition to many family caving trips, he also introduced many young people to the wonders of caves and rock climbing.

Of course, Roger’s greatest joy came from spending time with his kids and grandchildren. Everyone who ever knew him, became aware of Roger’s strong faith. As one of Jehovah’s Witnesses, he was always compelled to comfort others with scripture. He will be missed by all of the friends in the local congregations and the central Ohio area.

Roger was preceded in death by his father, Mont Elroy Mayes and an infant sister.

To order memorial trees or send flowers to the family in memory of Roger Mayes, please visit our flower store.