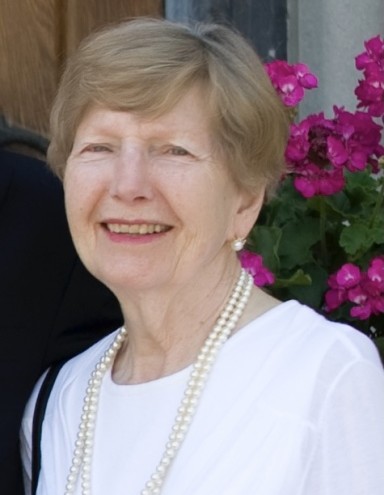 Rose (Hospodar) Kuhar, 95, passed away peacefully, surrounded by family, on October 3, 2021 in Columbus Ohio.  Rose was one of ten children born to Andrew and Rose (Varcso) Hospodar in Willow Grove, Ohio in May of 1926, but spent most of her childhood in the Village of Sagamore, Pennsylvania.  Rose graduated from Cowanshannock High School in 1944, where she lettered in basketball.  Rose later worked for Paramount Pictures in Pittsburgh, Pennsylvania and subsequently met her future husband Edward Kuhar.  They married in 1946 and settled in Penn Hills, PA where they raised their three sons.  Rose and Ed were among the original members of Saint Gerard Majella Parish where Rose was active for many years in the Christian Mothers group and the parish funeral choir.  Rose enjoyed volunteering in her children’s schools, bowling, tending to her gardens, and was an avid walker.  Rose was a beloved wife, mother, sister, aunt, grandmother, and great-grandmother who loved spending time with family.  Rose touched the lives of all who knew her.

The family will receive friends and family from 10–11am, Friday, October 15, 2021 at Saint Susanna Church, 200 Stotler Road, Penn Hills, PA 15235 with a funeral mass to follow.  The burial will be next to her husband Edward at Mount Hope Cemetery, 12707 Frankstown Road, Penn Hill, Pa.

In lieu of flowers, donations may be made to The Kobacker House hospice in Columbus, Ohio or the charitable organization of your choice.

To order memorial trees or send flowers to the family in memory of Rose Kuhar, please visit our flower store.