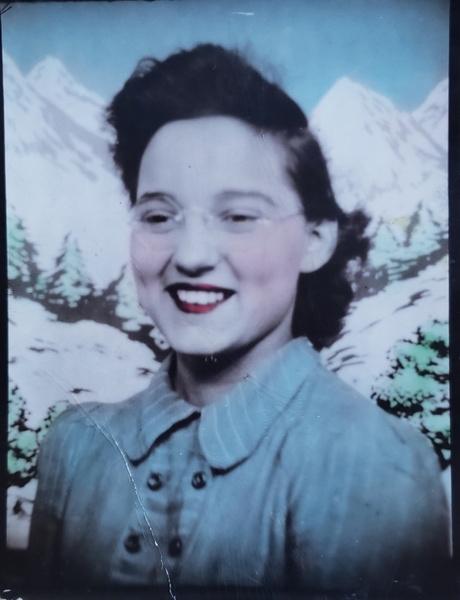 
Ruby Bell (Williams) Heston of Columbus, Ohio passed away peacefully, at home surrounded by family on February 19, 2020. She was born on February 15 to parents William and Francis (West) Williams in Stanton, Kentucky

She married young and raised 5 children. Later, she babysat all her grandchildren while the parents worked and raised a few of them along the way too. Her house was their favorite place. It smelled delicious ... supper was always on the stove and homebaked from scratch goodies on the counter. Her house was full of love. She was the best cook and housekeeper...and the hardest worker ever.  If you ever ate in the back of Bennett Drugs or the Brass Pig in Springboro, she may have cooked your meal. She said many times that if she could have gone to college she would have made a nurse and throughout her life, often cared for many injured, sick and dying family members or neighbors. She loved sports...basketball, golf, tennis, and football. She enjoyed gardening, cooking and baking, crossword puzzles, and her stories on TV. She was an expert at Jeopardy and The Wheel.

She is survived by grandchildren :Julian (Sarah)Eric Johnson of Springboro, OH, Christina (Daniel)Diane Johnson Siegel of Columbus, OH, Dr. Todd Lewis of Franklin, OH, William Ashley Lewis of Kentucky, great-grandchildren: Samuel Wayne Johnson of Springboro, OH, Madeleine Elaine (Johnson) Cochran of OH, Ethan Hayes Siegel, Evan Lee Siegel and Daniel Lewis Siegel of Columbus, OH
Great-great-grandchildren: Olivia Rose Johnson and Rhiannon Elise Johnson of Springboro OH. and by her sister Vada Duff of Georgetown KY, and niece Shirley Duff of Georgetown KY.
Thanks to Shaw-Davis Funeral Home, who showed such kindness to our family.
Thank you to National Church Residences Day Care and Senior Options for loving her and caring for her for the last 6 months.
Thank you to Heartland hospice especially nurse Helen and social worker Cathy, who visited and helped care for her and keep her at home.
Thank you to all our friends who have given advice and love to us, brought groceries, sent flowers and offered up loving prayers. It means so much.
Her services will be held when she is buried at her family's private cemetery in Kentucky, at a date to be determined in the future.

To order memorial trees or send flowers to the family in memory of Ruby Heston, please visit our flower store.