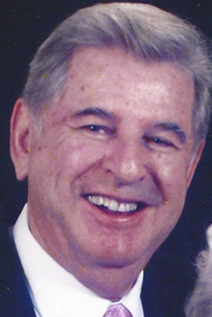 Shirley R. Davis passed from this life to be with the Lord at the age of 86 in his residence surrounded by his family.  He was born in Beauty, KY on March 28, 1935 to the late Everett and Mae Hobbs Davis.  He was a devoted member of the Pickerington Church of Christ.   He is survived by his children Vonetta Shumaker, Kenneth Davis (Kandi), and Denny Davis (Melanie), siblings Robert Davis (Bertha), Henry Davis (Rosa), Earnest Davis (Wanda), Mary (George) Hamilton, Jack Davis (Janet), Martha Edwards.  He had 12 grandchildren and several great-grandchildren.  He was preceded in death by his beloved Wife of 65 years, Barbara Jean Davis, his parents, his two sisters Shelby Jean Varney and Oreatha Davis, and his son Michael Davis.

He was a beloved Father, grandfather, uncle, cousin, and dear friend to many.

To order memorial trees or send flowers to the family in memory of Shirley Davis, please visit our flower store.