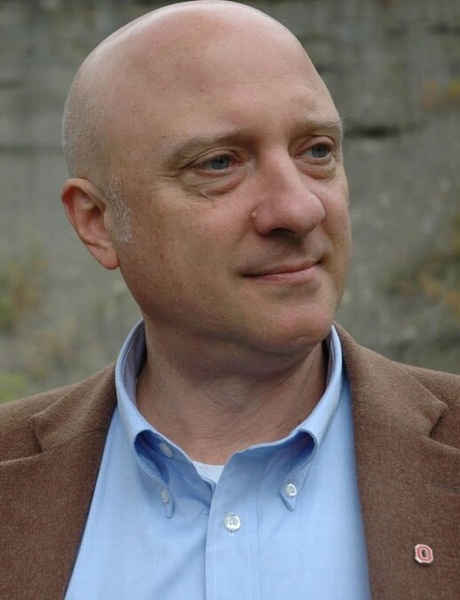 Steven Paul Crandall, was born July 19, 1961 in Geneva, Ohio, to Lewis Deo and Barbara Elaine Edy. After many years away, he returned full circle back to his home state in 2018. Steve died just shy of his 61st birthday in Columbus, Ohio from late stage pancreatic cancer.

In his own words, Steve “had a charmed life!” As a child he spent hours outside exploring and building. Never a wallflower, he was well remembered by all his school and Sunday school teachers as extremely energetic. As an adult this translated into high achievement. Steve started his first businesses before turning double digits, selling candles, seeds and apple cider to his neighbors and friends. This affinity for business ended up directing and characterizing much of his life, including his marketing undergrad from OSU and the MBA he received from Cal State.

In the summer of 1984, Steve was introduced to two of the greatest loves of his life, his wife, Elizabeth (Freeman), and the country of China. Learning Chinese became a hobby for Steve. He excelled to the point of impressing people with his use of colloquialisms and could even joke in Chinese!

During his time in China, he was involved in business deals too numerous to count. Of the many exploits Steve had during his career, one in particular stands out as definitive. He became the first foreign Ford Dealer in China and took up the mantle of being a 4th generation Crandall to own a dealership. Amazingly, this Crandall Ford still exists in Tianjin, China!

Over the course of their 22 years in China, Steve and Elizabeth’s life was characterized by fun and adventure.  Living in three different cities, they made many friends and loved to welcome people into their home. Like his father, Steve never met a stranger. He was loved by people around the world!

In the midst of all the excitement and challenges of living in China, Steve and Elizabeth added 10 wonderful children to their fold, two of whom are precious adopted sons from China. Steve claimed these adoption accomplishments, jumping through all the red tape and filling out endless paperwork, as his very own labor and delivery stories. As a parent, he loved passionately and playfully. He planned family vacations every Chinese New Year, making logistics for the whole Crandall Dozen look easy. Most Sunday evenings he led a family meeting with the desire to teach his kids to both love God and to be able to live in the world.

Steve was known for many great things over his life, but one that was recognizable by all was his love. He loved God, Elizabeth, his family and others deeply. He always had a heart to serve and dreamed of many different ways  to help his community. In recent months he was involved with ‘Food Rescue’ in Columbus, an organization that takes potentially wasted food from restaurants and delivers it to places that serve those who need the food.

Never one to do anything slowly, Steve died 3 ½ weeks after his cancer diagnosis. During those weeks, he still kept everyone laughing with his witty comments and hilarious observations. As he ‘loosed the bonds of earth’ he was surrounded by his wife of almost 37 years and all 10 of his children as well as several of their spouses. His was a life well lived, indeed!

He is survived by his mother, Barbara E Crandall, his brother Michael and sister Kim Brucken, along with his wife Elizabeth and their kids, Emily (Gradinaru), Charlotte (Schermerhorn), Margaret (Hillen-Crandall), Paul, Mark, Caroline, Jonathan, Andrew, Harriet, and Audrey, along with 4 granddaughters, and many nieces and nephews. He was preceded in death by his father, Lewis Crandall.

Steve’s memorial will be held on Friday, June 17th at 4pm at Vineyard Columbus, 6000 Cooper Rd, Westerville, OH 43081. The service will be followed by a reception and dinner.

To order memorial trees or send flowers to the family in memory of Steven Crandall, please visit our flower store.