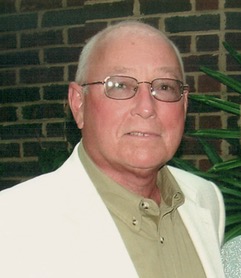 Steven A. Stockwell passed away on December 14, 2021 at the age of 74, in his hometown of Columbus, Ohio. His battle with serious medical issues showed his courage. Despite it all, Steven remained a hero to his many family and friends for his positivity and bravery in facing his challenges.

He met and married his high school sweetheart, the love of his life, Diana (Jones) Stockwell. Married 53 years, they made a family, built a business, retired, traveled, and enjoyed being doting grandparents.

He was as quick to lend a helping hand as he was to deliver a joke. In his early life, he was passionate about fast cars. After a tour in Vietnam (1969 - 1970, US Air Force, SSGT E5) he returned home to help his father and mother, Ray and Jacqueline Stockwell run Stockwell's Auto Service on High Street. He was a member of the Gasoline Dealers Association. He would later take over the business until his own retirement. He also ran the Antique Flea Market, Stockwell Promotions with his family at the Ohio State Fairgrounds. During those years you could often find him at Lake Cumberland boating with family and friends, or at the backyard pool hosting friends and all the neighborhood kids.

Planes, trains, automobiles and boats took Steve and Diana on many adventures around the world and into retirement. Steve enjoyed planning their next adventure. They established a winter home in St. Augustine, Florida where they also have many close friends.

Steven is survived by his wife, Diana, his children Amy Downey (Kevin Downey) and Keith Stockwell (Hayley Stockwell), his three grandchildren Tyler Downey, Cora Stockwell and Zeke Stockwell, his mother Jacqueline Stockwell, and sister Sheila Linley (Tom Linley) and many loving family members and friends. He was preceded in death by his father, Ray Stockwell.

Steven will be honored at Shaw-Davis Funeral Home (North) on Sunday, December 19, 2021. The family will receive visitors at 2:00 with a service at 3:00 - 4:00 p.m. In lieu of flowers, please consider donating in Steven's memory to charities that were important to him; American Heart Association, Disabled American Veterans, and Team RWB.

To order memorial trees or send flowers to the family in memory of Steven Stockwell, please visit our flower store.