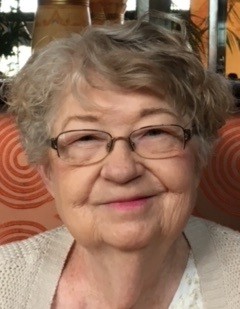 Thelma Lou (Campbell) Culshaw (78) passed in Columbus, Ohio on October 25, 2021. She was born December 22, 1942, in Ross County, Ohio, the eldest daughter of William and Elma (Skaggs) Campbell. Upon her high school graduation at the age of 17, Thelma moved to Columbus where she met the love of her life, her late-husband James E. Culshaw Sr., and the couple married in 1965. She was mother to James Jr. and wife Lyn Culshaw, and daughter Kelly Culshaw. Thelma never missed a game or performance. She made the best homemade spaghetti sauce, had a shoe collection that would have rivaled Imelda Marcos’, and could finish a Janet Evanovich novel in a single sitting. One of eleven children, Thelma was preceded in death by brothers John Lee Campbell, Ralph Campbell, and sister Ida Mae Cravens. She is survived by sisters Sue (Garry) Graves, Debbie Ann Campbell, Laverne (Ronnie) Dotson, and Jeanette Campbell and brothers Ovid (Mary Ann) Campbell, Lawrence (Toehead) Campbell, and William (Connie) Campbell. She was a devoted aunt to many, an adopted mother to some, and grandmother to Sophia, Ashley, Marckyven, Natalie, and Joseph and great grandmother Stuart and Lena. A celebration of Thelma’s life will be held on November 13, 2021 at 10 am. Thelma was lovingly cared for by the staff at the Kobacker House in Columbus, Ohio on more than one occasion. In lieu of flowers, those who wish to honor her memory can donate to this wonderful place at: https://foundation.ohiohealth.com/programs/hospice-giving

To order memorial trees or send flowers to the family in memory of Thelma Culshaw, please visit our flower store.