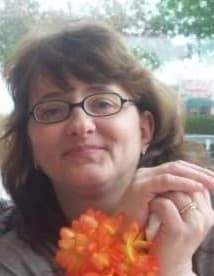 Theresa Eileen (Erwin) Perkins, age 52, of Columbus, Ohio, passed away on Wednesday, February 10, 2021.  She was born January 11, 1969 in Zanesville, Ohio to John Erwin and Donna (Nelson) Leasure, both of whom preceded her in death.  Theresa attended New Lexington City Schools and received a B.S. in Forensic Psychology from Kaplan University in 2009.  Theresa loved learning new things and creative writing, especially poetry.  In addition to her parents, Theresa was preceded in death by her sisters Lisa Little and Dreama Rigsbee and brothers-in law Barry Rigsbee, Kent Harmless and Steven Speece.  She is survived by her daughters, Miranda Elekes (Tydell Thomas) and Christian Murtha; her son, Harold Ralston III (Sunny Powers); grandchildren Shilo and Harold Ralston IV.  She is also survived by three older sisters, Rhonda (Jim) Tipton, Penny Speece and Debbie McFann; numerous nieces, nephews, extended family members and a host of friends.  There are no services planned at this time.  A private memorial service and inurnment will follow at a later date.

To order memorial trees or send flowers to the family in memory of Theresa Perkins, please visit our flower store.