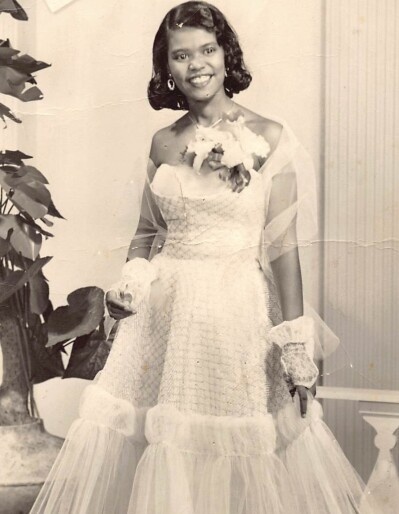 Velma was preceded in death by her husband of 36 years, Charles Murphy Jr., her brothers Grady Phelps and Mark Phelps.

She moved from Chicago to California in 1958 to join her husband who was in the US Air Force. They moved from California to Lockbourne AFB in Ohio in 1963.  After the death of her father Grady, she and Charles took on the responsibilities of raising her 3 siblings along with their own 4 children.

Velma is survived by her sister, Karen Ferguson and her children, Eric, Charles III, Steven and Velma Jr. all of Columbus, Ohio. She exhibited her strengths as a parent & a woman often working outside the home when her husband was away on military assignment. Velma is also survived by 13 grandchildren and a large loving group of 24 great grandchildren.

Velma’s interests included gardening, crafting, word search puzzles, Scrabble & reading, especially Danielle Steele novels. Her children were encouraged to “not be bored” and go find something to do. Velma continued her “stay busy” philosophy with her grandchildren often baking, crafting or working on puzzles with them.

“Granny” received the Lord into her heart in 1989 and would often discuss the Lord with her children.

Velma’s influence on her family and friends is immeasurable and her strength & single mindedness will always be remembered.

To order memorial trees or send flowers to the family in memory of Velma Murphy, please visit our flower store.