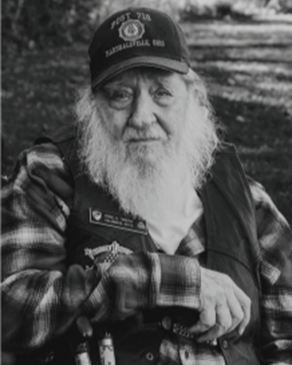 On Friday 13th of May 2022, Virgil Tongish Sr., loving dad, grandpa and great grandpa
passed away at the age of 94. Virgil was born in 1928 in Loveland, Colorado to Andy
and Clara Tongish.
Virgil attended and graduated from Windsor schools (Windsor, Colorado). In the late
1940’s he worked for the Great Western Sugar Factory and H.J. Heins Company (1946).
In the 1950’s Virgil joined the Army and married Wilma, his 1st wife. Tragically, she
passed away in April 1954 after a car hit them while they were riding their motorcycle.
Lois, his 2nd wife & Virg were married in late 1950’s. They raised a daughter, Valerie,
and a son, Virgil (II) in Loveland, Colorado. Virgil spent 20+ years serving his country.
In the late 1960’s Virgil obtained the rank of CWO-3 as a part of his career in the army.
He was a volunteer Fireman in the Windsor then Loveland (Colo) Fire Department. Virg
worked for his dad’s lumberyard in Windsor called the Boise Payette Lumber Company.
In the 1960’s he was employed at Foster Lumber Company and then Bestway Lumber in
Loveland, Colorado. Around 1969, Virgil took a job with Louisiana Pacific, weather
seal division. Louisiana Pacific moved Virgil and his family from Colorado to Ohio and
he continued with Louisiana Pacific until he retired at age 72. While living in
Marshallville, Ohio, Virgil served as a city council member. After retiring from
Louisiana Pacific, Virgil took up a part time job with Big Lots in Columbus, Ohio until
he was well into his 80’s. Over the years Virgil was a member of the Masonic Lodge
Elks Club in Loveland, Colorado, the American Legion in Marshallville, Ohio and
attended St. Mary’s Catholic Church and St. Matthias Catholic Church in Columbus,
Ohio.
Virg loved to travel by any mode of transportation and we as children and grandchildren
were blessed to ride motorcycles with him over the years. Virg had many hobbies
including being a self taught guitar player and a fantastic wood carver. He carved
thousands of pieces and spent a good deal of his carving focusing on Caricature
woodcarvings. One of his most historic carving adventures started in 1942 when he was
given the plans and carved a couple of WWII planes and returned the carvings to the US
Navy. They in turn issued him a certificate of participation in the program to help
provide demo planes to use as training tools in the Navy during WWII. In the 1980’s,
Virg found the plans for all the planes in the Smithsonian Institute and proceeded to
carve as many of the military planes from all the countries. He has over 100 carvings of
WWII planes in his collection. He always enjoyed sharing his expertise of history. Over
his lifetime Virg has carved thousands of pieces of art and loved to hunt, fish and spend
time with his dogs and family.
Virgil was preceded in death by his parents, and two sisters, Shirley and Claudia and his
great niece Gretchen. Virg is survived by his children: Virgil II (Patty), Valerie (Rich),
his grandchildren and step grandchildren: Ashley (Tommy), Courtney (Jon), Sarah,
Caleb, Casey (Olivia) & Ellie, his great grandchildren: Rangely, Remington, Bastion,
and Nora born 2 days before dad passed and Loving nieces, nephews, cousins and
devoted friends.
A private military memorial is being planned, TBA. Donations in memory of Virgil
Tongish can be made to the Kobacker House in Columbus, Ohio. All Are welcome to
attend the memorial mass at St. Matthias Church in Columbus, Ohio on November 12,
2022.
To order memorial trees in memory of Virgil D Tongish, please visit our tree store.