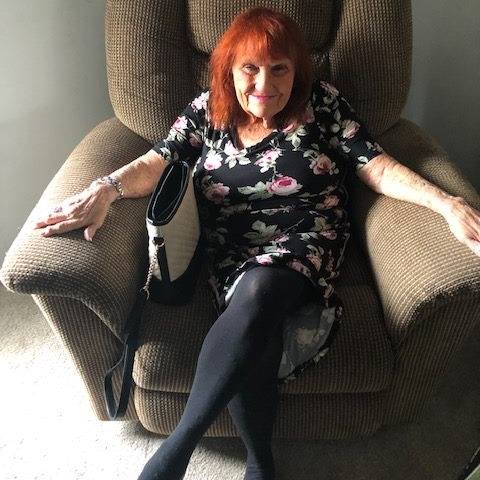 We are very sad to announce the loss of the shining star of the Nutt Family, Our beloved mother and best friend, Virginia Lee Nutt.

Born on October 28, 1929 to Earnest and Nell Bro {Thompson), she was preceded in death by her parents, her brothers Ernie Bro Junior and James Bro, her husband Edward Nutt, who served in in the South Pacific in the second World War as well as the Korean War, beloved son Charlie (Wonder) Nutt, and childhood friends Rita Lewis and Virginia Hoagle, and dear friend Barb Johnson. Son in Law Nick Hajjar.

Special friends Shelly, Cindy, Debby, the Keith girls, and all of her wonderful friends in the bee gees birthday club.

Virginia was beloved by all that were lucky enough to have known her, a graduate of Linden McKinley High School, also known as Ginny and V, Virginia was part owner of the famous Crazy Mamas nightclub and is the original crazy mama.

Besides being a truly wonderful parent to her own children; she and our father were parents to a multitude of other children and young people; who they took in under their wings through the years.

Burial and Celebration Of life will be held in the spring as she wanted, date, place, and time will be announced at a later date.

To order memorial trees or send flowers to the family in memory of Virginia Nutt, please visit our flower store.