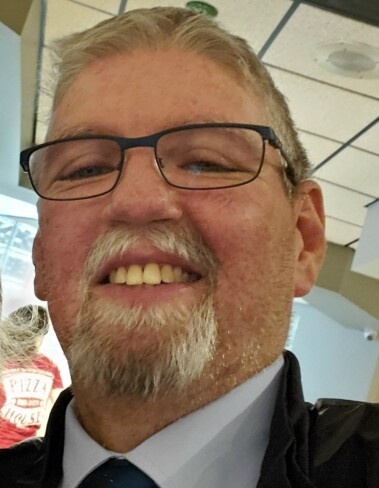 Walter J. Bayley, age 55, passed peacefully into the arms of his Lord and Savior Jesus Christ on June 7th 2022 at OSU Wexner Medical Center. He was born in Warren Ohio and was son of Gladys (Giancola) and Charles R. Bayley Sr. He graduated from Warren G. Harding High School and then graduated from DeVry Technical School with a Bachelors in Electronic Engineering with honors. He worked for Nationwide Insurance for 22 plus years in Columbus in many roles but most recently as IT Manager of Infrastructure and Network Operations.

Walter attended and served at Karl Road Baptist Church for over 25 years in the roles of audio technician, Sunday school teacher, and tutor. He participated in the Big Brother and Big Sister program as well as the Mid-Ohio foodbank. He also recently attended Grace Fellowship at the Jefferson Campus. Some of Walter’s hobbies included golfing, baking, playing Euchre, Texas Hold ‘Em, board games (like trivial pursuit), working the Rubik’s cube. He had an enormous collection of Eagles and Ohio State memorabilia.

He will be remembered for his love of the Lord, his family and friends, his quick sarcastic wit, his awesome lasagna and cannoli’s, his many infamous catchphrases, and his love of the Christmas season.

He was preceded in death by his parents, grandparents, and brother Charles Jr.

We ask that all planning to attend wear Ohio State or Nationwide apparel. In lieu of flowers please donate to charity of choice.

To order memorial trees or send flowers to the family in memory of Walter Bayley, please visit our flower store.