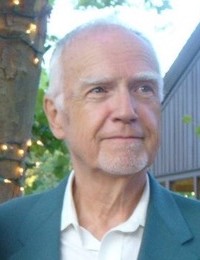 A multifaceted raconteur with a tireless work ethic and a deep appreciation for the fine arts, Walt graduated from Collinwood High School and soon married Theresa (Swanwich), who shared his interest in theater. He loved to tell the story about how Theresa asked him out on their first date to her Rainbow Girls event. Walt was a proud veteran of the U.S. Army Special Forces (Green Beret), enlisting shortly after his marriage to Theresa and he was part of the Army Security Agency. After the military, Walt went to college on the GI bill and obtained a Master’s degree in English Literature. Walt’s career took a winding path, in part because he always characterized “success” by his ability to provide for his family and balance his own happiness. His many work experiences included tool and die drafting, magazine editing, advertising and marketing, teaching, and sales.

Being a family man was always very important to Walt. He is survived by his loving wife Theresa and his 3 daughters and their families: Gretchen Frazier, John Stoehr and Edith Stoehr, Megan, Isadora and Georgiana Frazier and Mara Frazier, Doug Carraway and Thegn Penrose; and many nieces and nephews. In addition, Walt was like a brother to his in-laws, Joyce Brouman, Joanna Gartner and George Swanwich, all of whom he has known since they were small children. He was predeceased by his two sisters, Carol Pletzer and Corine Clapper.

Walt was passionate about music, theater and children. He participated in charity work with Camp Good Days, and became involved in community theater, especially with the Lancaster Opera House. He and Theresa attended St. Paul’s Episcopal church in Buffalo NY, where they loved the children’s choir. When his children were grown, he bought a bed and breakfast in Northeast Ohio and enjoyed being closer to family. Walt took great pleasure in the Akron music scene after his retirement, making the rounds of open mic events and developing a habit of songwriting. He and Theresa enjoyed the constant companionship of their beloved border collie, Mopsa.

Walt Frazier’s memorial celebration and open mic jam will be held on Saturday November 20th at the Highland Square Mustard Seed Market, 867 West Market St., Akron OH 44303 from 1:30 pm to 4:30 pm. A In lieu of flowers, please consider donating to Camp Good Days and Special Times or to the Alzheimer’s Association.

To order memorial trees or send flowers to the family in memory of Walter Frazier, please visit our flower store.