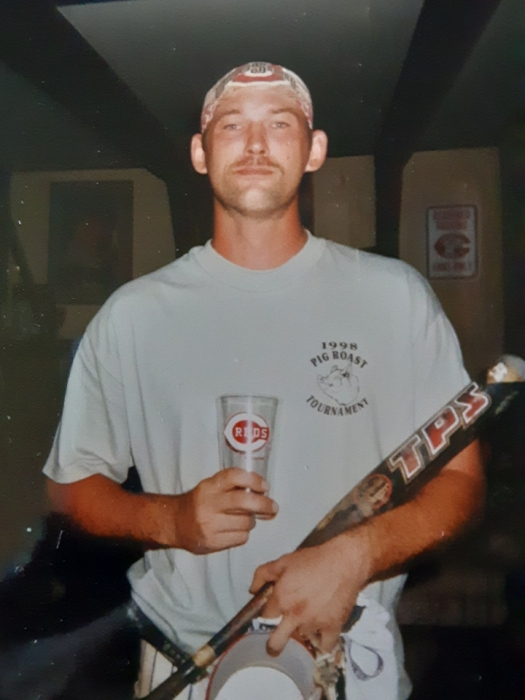 William (Bud) T. Allen, Sr. of Columbus, Ohio passed away at home on May 21, 2022, at the age of 55. He valiantly fought Acute Myeloid Leukemia which had been diagnosed only four months before his passing, leaving his family and friends deeply saddened. William or Bud as he was known to his family and friends was born on August 8, 1966, in Sacramento, CA to James R. and Dolores (Schmittling) Allen who preceded him in death. Also preceding him in death was his brother James R. Allen and niece Thalina Nicole Cross. Bud is survived by his wife of 33 years, Kristen M. (Cross) Allen, his children William (Billy) T. Allen, Jr. (Justine); Jacob (Jake) M. Allen (Morgenne Hollis); Lance E. Allen; grandchildren Kenneth, Connor, and Ava; sister Cinthia Allen Evans; sister-in-law Kathleen Cross Wright (Connor); brother-in-law Kevin R. Cross (Becky); nieces Jessica Lyons-Quirk (Darin); Ashley Wright; Courtney Wright; Christina Cross Murphy; great-nieces Kendall Fraker and Dylin Lyons-Quirk; great-nephew Gryffin Fraker; and long-time best friend William (Bill) Davis, Jr. The family would like to send a Thank You to the staff of the OSU James Cancer Hospital for the care he was given; and a special Thank You to Hospice of Central Ohio for all of their thoughtful comfort and support of him and his family during these last few months. No flowers please! In lieu of flowers, the family would appreciate and accept donations in honor of his memory to assist with funeral expenses at the funeral home, or through the William (Bud) Allen “GoFundMe” page. Bud was a lifelong Buckeye and a passionate Reds and Browns fan so attendees should feel free to wear the attire from one of his favorite teams.

To order memorial trees or send flowers to the family in memory of William Allen, please visit our flower store.