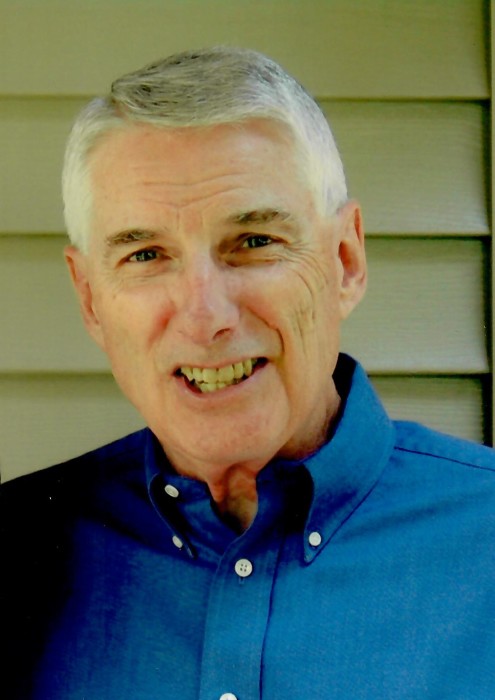 William (Bill) Elliott Barker, 81, of Columbus, Ohio, went home to Heaven to be with his Lord & Savior on May 28, 2021. He was preceded in death by his father Robert Brown Barker, his mother, Margaret Agnes Orcutt., and his brother, Granville Purdum Barker.

Bill graduated from Mansfield Senior High School in 1957 and received a B.S. degree in Mechanical Engineering from General Motors Institute in 1962.  He worked for Fisher Body for several years then moved to Columbus, IN to work for Cummins Engine Company.  In 1969 he received a master’s degree in Industrial Administration from Purdue University then returned to Cummins where he held several management positions, as well as doing consulting work.  The last twelve years of his work career he was self-employed doing manufacturing consulting.

Bill enjoyed all kinds of sports including - golf, motorcycling, sailing, bicycling, and playing games with family and friends.  He was a friendly, outgoing man who loved to affirm and encourage others, teach and help others, and share Father’s love.  He will be greatly missed by those who knew him.

Bill served as President of the Morning Exchange Club in Columbus, IN and worked with the youth at First United Methodist Church.  He and Nancy, were active in Lay Witness Missions with the Methodist Church, the Walk to Emmaus, and served as team members of Shiloh Place Ministries from 2001 to 2015.  In 2002 they were ordained for Christian ministry and incorporated their own ministry, Father’s House Ministries, doing individual prayer ministry and teaching on Father’s Love, both locally and internationally.  After moving to Columbus in 2015 they did some volunteer work with International Friendships Incorporated, serving international students from China.  Bill served as a volunteer with the Dream Center.  He was a member of Christian Community Church in Columbus, OH, serving with Vacation Bible School and on the Prayer Team.

A Memorial service will be held at Christian Community Church, 5586 Olentangy River Road, Columbus, OH 43235 on Saturday, June 5, 2021 at 3 pm.  The family will receive visitors prior to the service at the church from 1-2:30 pm.

In lieu of flowers the family requests memorial donations be made to one of the following charities, or a charity of your choice:

To order memorial trees or send flowers to the family in memory of William Barker, please visit our flower store.