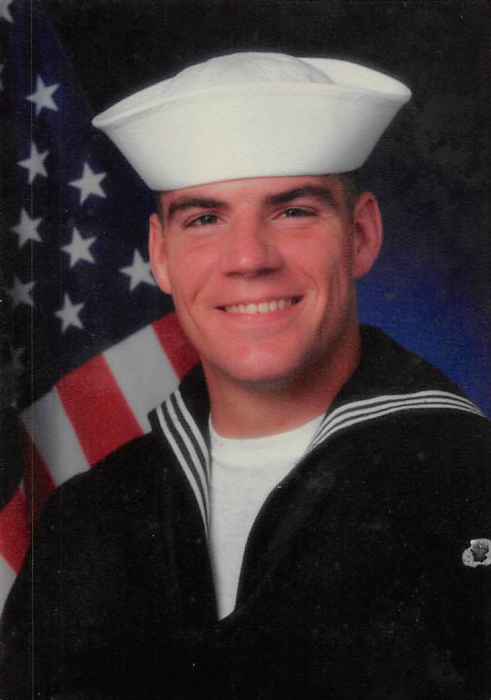 William Michael Blank ("Michael") 49, passed away October 17, 2020 surrounded by the love of his friends and family at Doctor’s Hospital in Columbus, OH after complications from a recent accident in his home. Michael, born August 25, 1971 in Lima, OH is the son of Joanne Blank of Lima and William O. Blank now in Hilliard, OH, who both survive. Michael was the proud father of Kassie Blank now studying at Case Western Reserve University in Cleveland, OH. He was a 1989 graduate of Shawnee High School in Lima, OH and also studied at Columbus State Community College in Columbus, OH

After high school, Michael served in the US Navy from 1990 - 1996 stationed in Washington, DC and then overseas in Yokosuka, Japan. He was hand selected to serve on the Navy Ceremonial Guard.  The members of the Guard must meet stringent physical and ethical standards and endure an additional training program. Michael served on the Guard for President George H. W. Bush and President Bill Clinton.  During his service in the Navy, Michael received more than 13 ribbons and medals including The Joint Service Achievement Medal presented by the US Secretary of Defense.

Michael was a talented photographer and owned his own business, MB Photography, in Dublin, OH for many years.  His daughter, Kassie, was definitely the cutest and most photographed child in his portfolio but he also captured important memories and portraits for many families, businesses, and local politicians.  Michael’s laugh filled a room and his humor was remarkable along with his knack for tinkering with cars and house projects. He was a grill master extraordinaire with his ribs known as one of his specialties and his infamous spaghetti sauce a hit with nieces and nephews.  An avid enthusiast of politics made him a crusader for his beliefs but above all, he loved the OSU Buckeyes and never missed a game.

Michael and Sara, his friend of more than a decade, had a special relationship that spanned accomplishments, challenges, and a multitude of good times. Their loyalty and mutual support for one another was exceptionally unique. The two shared a passion for pet parenting that included both his dog, Xavier and her dog, Miss Quinn.

A celebration of life will be held at a later date in Ohio.  In addition, family on the West Coast and Ohio will gather at Mission Beach in San Diego, CA, one of his favorite spots in the world, to honor him in 2021.

Memorial donations can be made to: Kassandra Blank Educational Fund c/o PO 444 Plain City, OH  43064 (please include a note in memo line stating “Educational Fund”). Another suggestion for a memorial donation is Gary Sinise Foundation of Woodland Hills, CA in memory of Michael Blank (www.garysinisefoundation.org) for veterans and their families.

To order memorial trees or send flowers to the family in memory of William Blank, please visit our flower store.