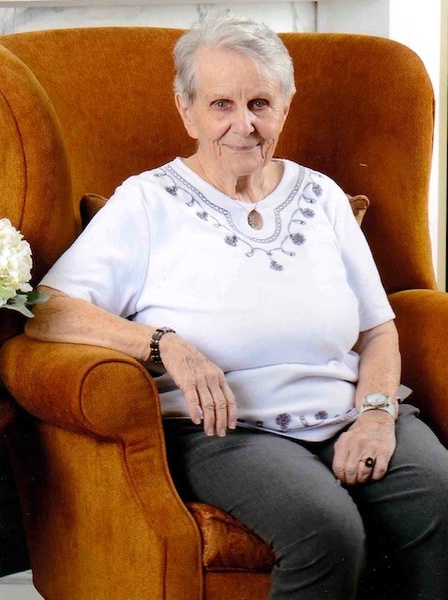 Yvonne Roberta (Durant) Weiser, 91, of Granville, OH, passed away on Feb. 15 in her home at the Middleton Senior Living facility.

Yvonne was born on May 17, 1928 in Buffalo, NY, the youngest child of Henry and Agnes (Melanson) Durant. An avid reader, she early on developed her lifelong love of learning. She attended business school after high school and was working as a secretary when she married William Michael Weiser, Jr., in April 1956. Their children Mary Elizabeth and James Michael were born in Milwaukee, WI, and the family moved to New Brighton, MN, in 1968. Throughout the 1980s, Yvonne was office manager of the New Brighton Bulletin. “Voice of the Bulletin retires” read the headline when she left. An active Democrat, Yvonne volunteered with the League of Women Voters and in numerous political campaigns. For many years she proudly kept a photo of herself with presidential candidate Hubert Humphrey.

Yvonne moved to Sun City Center, FL, in 1992, where she lived for 25 years and served as an active volunteer on the community rescue squad and in the community library. She lived in Granville the final four years of her life.

Yvonne is preceded in death by her parents, her siblings Walter, James, Donald, and Mary (McDonald) Durant, her husband William, and her son James. She is survived by daughter Elizabeth Weiser and son-in-law Matthew Tidwell, both instructors at The Ohio State University, and beloved granddaughter Sophia Tidwell, as well as nieces and nephews. To all who knew her she bequeathed her boundless curiosity, activist mindset, independent spirit, and enjoyment of a good joke. Her final words to her family, “What I want to know is…” are a fitting testament to her life.

A private interment will be held at Ft. Snelling National Cemetery in Minnesota at a later date.

To order memorial trees or send flowers to the family in memory of Yvonne Weiser, please visit our flower store.